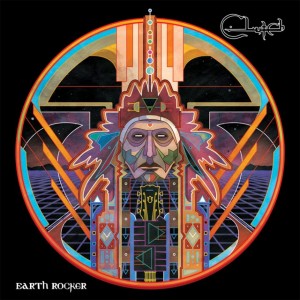 Album cover of Clutch’s Earth Rocker. In honor of the two clutches used in NXT. Saved from americanaftermath.net

Sami Zayn vs Adam Rose I found out two things interesting during this match. The first was the amount of offense that Rose ended up getting. I expected a fairly dominant win. Rose had the offense long enough that it seemed that Zayn pulled the Koji Clutch out of desperation for the tap out win. The fact that he used that as his finisher was the second interesting part. I like when wrestlers have a move finisher and a submission finisher.

Johnny Gargano knows all about Samoa Joe. He says that he’s just a bully and you need to punch a bully in the nose. Johnny Wrestling is going to do that later tonight.

Dan Gable & Jason Jordan talk themselves into the nickname the American Alpha. I enjoy those guys. They have a good, goofy jock persona.

Ty Dillinger vs Apollo Crews – They had a simple story line going for this match, both men needed to rebound. Crews from his loss in London and Dillinger from a so so 2015. Crews ended up wining with a Sky High Power Bomb. Crews requests a match one on one with Finn Balor.

Blake & Murphy are still being lead by Alexa Bliss. She tells them that they blew it in London. She’s going to lead by example by kicking around Bayley & Carmella later.

Baron Corbin vs Rick Swann – Corey Graves and Tom Phillips do a solid job of hyping up Swann’s credentials. He ends up backing them up in the ring. He was a perfect foil for Corbin. Swann gave him a fight with his speed and agility but Corbin showed his power giving Swann a spinning side slam.

Bayley & Carmella are interrupted by Scott Dawson & Dash Wilder. They mock Enzo & Cass. Bayley holds Carmella back from attacking them. She tells Carmella to take it out on Emma & Alexa Bliss.

Emma & Dana Brooke get in a dust up with Alexa Bliss before the match even starts. Carmella & Bayley have no such problems. It seemed to be a ploy as they jumped Bayley. She ended up selling for the baby faces. Carmella got a red hot tag. She ended up getting Alexa Bliss to tap out to a leg triangle.

Samoa Joe vs Johnny Gargano – Samoa Joe took it to Gargano most of the match. Gargano was allowed enough offense but nothing more than that. He sold like a champ. I’m glad the WWE is using him this much. Even if he did have to tap out to the Kokina Clutch. – Kevin