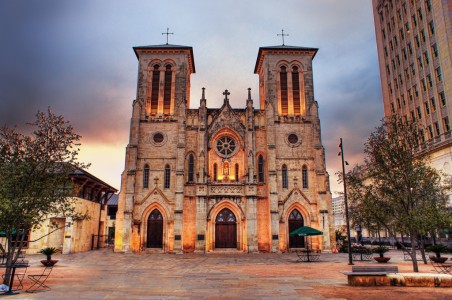 We get another recap of the McMahon vs Roman Reigns saga. Stephanie McMahon comes out first. Roman Reigns interrupts her entrance. He calls out Vince but no answer. Wrestling, the only job where there are no alternative jobs when you get fired. Stephanie runs down the crowd and the idea of hope. Reigns threatens to put Vince in the hospital if he gets screwed tonight. It looks extra convincing with Reigns nose cut.

Dean Ambrose comes down to do commentary for Kevin Owens vs Neville Part Deux. Neville got an early jump on Owens. Neville had his ribs taped so Owens targeted them to gain the advantage. Neville gets hung up going for some of his own offense. Cannonball in the corner. Pop Up Power Bomb for the win. Owens tries to attack Neville after the match. Ambrose attacks. Ambrose finishes off the attack with an elbow through the announce table. They need to stop the shot of Ambrose near the crowd. They were not enthused even if the crowd reaction was good. Vince McMahon has turned the page on the year and is ready to be “The Law” tonight.

Neither Titus O’Neil nor Stardust deserve an entrance but they do deserve a match. Stardust connected with a Disaster Kick but O’Neil kicked out. He does have to continue to sell though until he connects with a clothesline. Titus connects with a corner splash. He wins with the Clash of the Titus, which seems like a good name but doesn’t roll of the tongue like I’d expect.

Becky Lynch and Charlotte are talking back stage. Lynch thinks Charlotte is worried about losing. Ric Flair can still “Woo!” My New Year’s Eve Resolution, put segments together in text even if there’s a commercial in between them. Lynch continues to kill the outfit competition. In no way does this match need a punch up from Flair, but we get it any way. Lynch is a moron for letting Charlotte chop her. Charlotte takes control after. Charlotte works on a wear down move. Steve Austin is smiling somewhere. Lynch pulls out a sleeper. Charlotte shakes her off her back. Charlotte catches a spring kick from Lynch and turns it into a big boot. Lynch fights back with fore arms. Lynch connects with an exploder suplex. Flair grabs Lynch. Charlotte goes for a roll up. Lynch reverses, grabs the tights and gets the pin. As Lynch talks to Flair, Charlotte attacks from behind. This segment would be more effective without Flair simply because people love him, no matter how much you talk about his cheating history. Most of your fans aren’t truly aware of this time of his career.

Sheamus & Vince McMahon want to go through some of the rules of the match. They act like something sinister is planned.

The Big Show is taking on Ryback again. Ryback dodges a splash. Meat Hook Clothes Line. Show follows it up with a choke slam. Show tosses Ryabck out of the ring. Mercifully, the Wyatt Family saves Ryback from another Big Show feud. Obviously that caused the DQ. Strowman finishes him off with the modified bear hug. The Wyatts circle the ring with Big Show in it. Strowman and Show have a stare down. Wyatt attacks from behind. They all beat him down.

Rusev & Alberto Del Rio are taking on The Usos. The “Rusev is BAE” sign is cracking me up. Jimmy starts off against Del Rio. Rusev ends up getting the upper hand on Jey. The Usos flap jack Rusev. Jimmy ends up getting to beat up Jimmy. Rusev throws Jey off the top ropes. Rusev drop kicks Jey out of the ring.  Both heels continue to wear him down. Jey Samoan Drops Rusev. Jimmy gets the hot tag. Del Rio gives an arm breaker. Jimmy gets crotched going to the top. Jimmy lets go of the rope and avoids Del Rio’s dumb as rocks finisher. Rusev saves the match after a top rope splash. Jimmy tries to take out Rusev and gets kicked. Jey connects. Del Rio takes advantage as he gets back in the ring. Holy shit, they’re trying to make his dumb as rocks finisher a move that can “happen out of nowhere.” The Usos avoided this dumb move earlier in the match. Why did they forget to let go of the ropes? WHY???

Dolph Ziggler comes out for a match. Heath Slater, Adam Rose & Curtis Axel are the new 3 Man Band. So are the Rosebush segments on the outs then? Slater almost finishes Ziggler with a running high knee. Slater wears down Ziggler with a reverse chin lock. Alabama Slam gets Ziggler an opening. Adam Rose distracts Ziggler. Bo Dallas then distracts Ziggler a second time. Slater finally gets the roll up win. They all speak after the match. None of them make me feel like much thought was put into this group.

Vince McMahon goes over the same rules with Roman Reigns. Obey my commands at all times. The New Day is going to break Kalisto & The Dudley Boyz tonight. They are recreating Mike Tyson bailing on a hover board. Chris Jericho‘s entrance hits as they try to have their own count down. He wants to save the WWE. New Day already saved the WWE through the power of positivity. Jericho is trying to get “Rutti Tutti Booty” to catch up. He announces that he’s in the Royal Rumble match. New Day’s response to his insults are better than their actual promo.

Kalisto tries to start the match but Xavier Woods calls out Bubba. He stays in the ring much to my surprise. Kofi comes in and gets worked over too. Bubba tosses Kalisto onto all of New Day. Woods causes the distraction, Big E gets the upper hand. Unicorn Stampede. Kalisto continues to get beat down. Highlighting Big E’s splash is a good plan. Devon gets the hot tag. It didn’t dawn on me until this match but the Dudleyz haven’t gotten much mic time. Even for veterans, you need to an incentive to cheer them other than “We put people thru tables” which incidentally is illegal in 90% of matches. Devon gets pushed out of the “Wassup.” Super Big Ending for the win.

A whole lot of video package allows me to almost catch up to the main event.  Sheamus tosses the steps at Roman Reigns but Vince McMahon had his back turned. Sheamus works over Reigns in the ring after that. Reigns gets in a  Samoan Drop but McMahon counts super slow. Power Bomb by Reigns. McMahon pretends like he lost a contact. Sheamus rolls up Reigns. McMahon quick counts again. Superman Punch to Sheamus. Then to McMahon. Reigns spears Sheamus. No other official comes down. Reigns connects with a Drive By. Sheamus gets tossed over the announce table. McMahon recovers and Reigns goes for him. Stephanie comes down for the save. Reigns tosses Vince into the ropes and knocks over Stephanie. Sheamus Brogue Kicks Reigns twice. Scott Armstrong “who has been in the McMahon’s pocket for years” comes in. Even though referees names are never mentioned and he hasn’t been on TV in ages. Reigns Superman Punches Sheamus again. Spear again for the win with a third referee. Vince tells Reigns that he’ll defend the belt in the Royal Rumble. They are pushing him to the moon. – Kevin