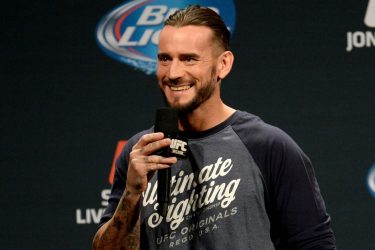 Saved from MMAmania.com but from Jayne Kamin-Oncea from USA Today

Chris & Kevin are back behind the mics and they’ve got plenty to talk about so of course they start off by talking about beer. What is currently on tap at Stunt Granny HQ? What did Chris have during his recent trip in Wisconsin? Why is Kevin’s wife involved in a conversation about beer? They do get around to talking about the main topic of the week, WWE Raw’s terrible final hour and a half. Why did Chris have to point this out to Kevin on Tuesday morning? How did he know this opinion was validated? Do they even talk about the terrible skit with Luke Gallows and Karl Anderson? How about the equally bad back stage skit with Nia Jax and Alicia Fox? Why is Fox so endearing even when she screws up? Why are Jax or even Braun Strowman in a full fledged feud already? Why does Curtis Axel get mentioned? Heath Slater is doing much more as a Free Agent than as Mr. Irrelevant. Did the Usos attack on American Alpha cause Slater & Rhyno to be the favorites to win the Smackdown Tag Team Titles? Aren’t we all going to enjoy an Alphas vs Uso feud more than a one off in a tournament? How much better is Smackdown presenting their women than Raw? Was Sasha Banks news leaked earlier in the day? Could you tell the speech was given to her and not her own? Was it surprising that Nikki Bella put over Carmella this week? Did their switch in roles after Summerslam put the Women’s Division on Smackdown in order? Did Kevin end up ordering tickets to UFC 203 in Cleveland this coming weekend? What other plans does he have that forced him to skip this trip? Does CM Punk realize how much of a hole he’s in for his fight against Mickey Gall? Does the rest of the card help spruce up this tepid match up? Chris & Kevin aren’t tepid during the show so click on the link below.