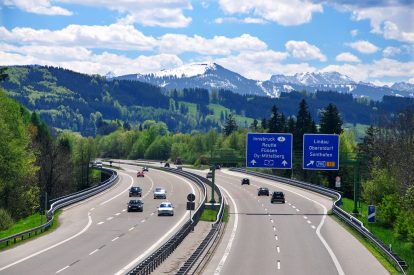 Picture of the Autobahn in Germany from imgur member prdnzi.

Chris & Kevin are here to provide you with your post Royal Rumble Raw and Smackdown Live commentary. For a change, they start off with Raw because the debut of Samoa Joe could be the story of the week. How many clues were there that HHH wouldn’t put his hands on Seth Rollins just yet? What will the WWE do with Joe since it sure looks like HHH vs Rollins will be at Wrestlemania? How badly booked is Rollins still? Won’t we all still enjoy the Joe vs Rollins match? Roman Reigns seems like he’s on a collision course with Braun Strowman but will Strowman’s defeat be the gate way to Reigns taking on The Undertaker? How much time is there to still change all of these story lines? The last of the big stories from Raw was seen coming miles away, Brock Lesnar taking on Goldberg at Wrestlemania. Is it possible for Lesnar to have looked too soft with his elimination from the Rumble? They take a swing into the ladies starting with Charlotte, Bayley, Sasha Banks and Nia Jax and transition into the Smackdown Live side of things by talking about the possibility of three singles women’s matches on the Elimination Chamber card. SD Live’s main story involves John Cena and his new feud with Randy Orton. Will Cena only be holding the WWE Title for a cup of coffee? Will Bray Wyatt finally win gold at WM? Will Luke Harper find his way into the Title picture? What is the WWE going to do for AJ Styles, Dean Ambrose and the Miz for Wrestlemania? How shallow has the tag team division gotten since the expiration of Rhyno & Heath Slater being past date? Will The Revival or DIY get a call up to help both Raw and Smackdown Live’s divisions? What else do Chris & Kevin talk about? Find out by clicking the link.