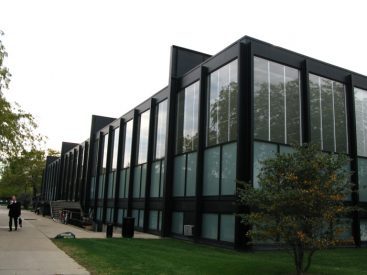 The WWE starts us off with a recap of Goldberg winning the Universal Championship. Chris Jericho is first to have a microphone. Like everyone else that’s been turned on, he wants to know why. Kevin Owens comes out and wonders why Jericho thinks he’d get an answer. OWens tells Jericho they were never best friends. He was best friends with Sami Zayn and he turned on him gladly. It’s because Jericho is the one who made the match against Goldberg for Owens. Owens says that he let Jericho walk away. He should have finished him for good. Jericho is sorry that he got complacent and didn’t see the turn coming. Jericho wants them to fight at Wrestlemania. Owens wants the US Title on the line. Jericho quickly agrees. Owens actually accepts the fight from Jericho for tonight. Samoa Joe joins him in the beat down. Sami Zayn makes the save, takes a beat down then is saved by Jericho all of this involving a chair. I smell a match tonight.

I was wrong. Two singles matches. Owens gets Zayn again. Much to my surprise, Owens gets a quick and decisive win. Joe had to tolerate more offense fro Zayn. Second Pop Up Power Bomb for the win. Wow.

Rich Swann invoked his rematch clause so he’s taking on Neville. Seems like a heel move to challenge someone after a tough match. Swann starts out as the aggressor. Swann gets tossed into the ring apron to swing the momentum. Swann kicks Neville in the face to knock him off the apron. Swann follows up with a flip dive onto Neville. Swann gets two from a Michinoku Driver. Neville catches Swann going to the top. Superplex by Neville follows. Swann rolls to the outside. Swann gets slammed into the barricade. What? Could the WWE be doing something right with the Cruiser Weights finally? Another break and quality match. A release suplex by Swann is followed with a super kick. Neville kicks out at two. Swann misses the Phoenix Splash. Neville applies the Rings of Saturn for the tap out win. Aries gets chants when he interviews Neville. Neville then goes on to brag and say that no one on 205 Live is competition. Neville is insulted that Aries thinks he’s on his level. Neville then tries to provoke Aries. Aries then pops Neville with the microphone and chases him from the ring. Corey Graves & Michael Cole have to act surprised even though it was announced that Aries was coming back to competition this week. Ugh.

Enzo Amore & Big Cass run into Cesaro & Sheamus. They trade insults about both of their dubious chances against Gallows & Anderson. Enzo gets to leave by taunting Cesaro about his loss to Samoa Joe.

Goldberg comes out to cheers but the emotion sounds mixed when he’s in the ring. Paul Heyman saves us a long Goldberg promo. Brock Lesnar comes out and “congratulates” him. Heyman offers Lesnar’s hand shake because Goldberg has proven himself. Heyman assures us there will be a new Universal Champion at Wrestlemania. Lesnar starts to shake Goldberg’s hand when Heyman calls Goldberg a “Bitch.” Lesnar lifts Goldberg and F5s him. He needed some offense against him.

Enzo Amore & Big Cass are still really over. That didn’t prevent me from skipping their promo. Luke Gallows & Karl Anderson come out as they do a recap of their Fastlane match. Cesaro & Sheamus join the party. Enzo is taking a beating. I should just add that to auto text. Big Cass gets a hot tag. Enzo bumps into Cesaro spilling his coffee (Hey they talked about that back stage! See, continuity. What a joke.) Cesaro ends up missing Enzo but connecting on Anderson causing a DQ. Anderson & Gallows bails while Cesaro & Sheamus clean house on Enzo & Cass. I smell a three way match at WM.

“Ravishing” Rick Rude was one of the few heels who connected with me as a child. Good for him.

Mick Foley makes them fight each other next week for the singular pleasure of wrestling at WM. Stephanie McMahon is mad at Foley.

Ariya Daivari is taking on Akira Tozawa. Aries is no longer on commentary. Byron Saxton is still missing though. Tozawa is a bundle of energy. His Snap German Suplex just adds to that notion. Brian Kendrick comes out and offers to fight Tozawa on 205 Live. Enjoy Smackdown crowd!

New Day reminds us all of how awesome the last match was without Saxton. They shill their New Day Pops again. The Shining Stars are taking them on in a match again. Midnight Hour in short order. As Jeremy informed me off air (I think) Saxton has to be a character, right? No one is this much of a nerdy tool, right?

For some reason, Mick Foley brings Bayley down to the ring. She is finally disappointed that Sasha helped her. Foley consoles her. Sasha Banks comes out and tries to get a singles match. Charlotte smartly comes out and picks on Banks. She makes many great points. Stephanie comes out to reinforce her being the head of the women’s revolution. Foley makes a match between Banks & Charlotte for the right to take on Bayley at WM. Steph makes a match with Banks & Bayley. If Banks wins, the match at WM becomes a three way.

The match starts after a break. Charlotte has way more ammo than an already under manned Saxton to argue with. The match is back drop to the argument until the break. Bayley & Banks are going at it with no one getting a true upper hand until some double knees by Sasha. Banks can’t lock in the Bank Statement. Bayley makes it to the ropes. Dana Brooke distracts the referee. Banks kicks Charlotte off the apron and in the process rolls Bayley back to the middle of the ring for the tap out victory. Charlotte comes in after the match and kicks both of them in the face. I guess Jax’s loss was the end of a four way match, huh? Still expected Jax to show up tonight.

Roman Reigns is ready for Braun Strowman tonight. The continuing update of the injured Seth Rollins is more proof he will indeed be at WM. Rollins was more human in that video but he still isn’t that likeable. HHH has the same spot as Charlotte, he’s got the ammo and Rollins has nothing. HHH throws on top of it the rehab facility that Rollins is using is provided by the WWE. HHH tells Rollins that he’ll end him if he does make it to WM.

Samoa Joe and Chris Jericho’s entrances are sandwich  The Makeover of Emma. Jericho gets some early offense. Jericho slides outside the ring where Joe slaps on the Kokina Clutch. Joe releases the hold in time to get the count out win. Joe rolls Jericho back into the ring. Jericho gets the drop on him and delivers a Code Breaker. I like that style of win for Joe. Quick decisive but leaves you wanting a real match between them at some point.

Braun Strowman is looking pissed off. He issues a baby face challenge that Reigns already accepted. The Undertaker‘s music hits. They have a stare down and Strowman leaves. Reigns music hits. Shouldn’t Strowman attack him? Reigns tells Taker that it’s his yard now. Taker choke slams Reigns. The crowd cheers. Reigns stuck in another no win situation. The guy’s only break is that the WWE won’t stop pushing him. – Kevin DiFrango