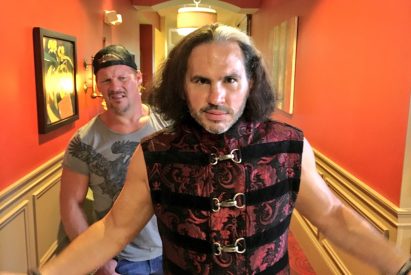 Kevin & Shahid put their noodles together to talk about professional wrestling. They started at Fastlane but kept on bouncing back to the aftermath of that pay per view on Raw the next day. Why are all of the baby faces on Raw so unlikable? Like Roman Reigns continuing to sneak attack Braun Strowman only to get his ass kicked? Why did anyone think Reigns wouldn’t take on the Undertaker since he eliminated him from the Royal Rumble? Will Reigns become the most hated man in the WWE if he ends up taking on Brock Lesnar at Summerslam for the Universal Championship? Neither Bayley nor Sasha Banks are likable for various reasons so how is Charlotte still getting boos? Seth Rollins is not a good baby face either. HHH didn’t get any boos for providing Rollins with the best health care either. Was the health care comments about the always chanted “CM Punk”? When are fans in Chicago going to let that go? Kevin & Shahid did talk about the better brand and highlighted that even though John Cena is a dick to the Miz, he isn’t coming off as poorly as Reigns. Is Natalya finally finding a groove now that she too is unlikable in a good way? Is Dolph Ziggler starting to be entertaining again since he’s bitter at all of the young guys on the roster? Can anyone tell us why Randy Orton, the biggest dick of them all, is the baby face in his feud with Bray Wyatt? The guys move along to “Ravishing” Rick Rude who was also quite the on screen ass hole in his day. Why was he not in the Hall of Fame earlier? When did they enjoy his work, in the WWF or WCW? Will the WWE ever run out of people to put in the HOF? Are Matt & Jeff Hardy a shoe in? Are they inevitably going to come to the WWE after capturing the ROH World Tag Team Titles? How big of a pay day could that be? Isn’t the time ripe for the Hardyz to enjoy a limited schedule for the company with part timers Goldberg & Brock Lesnar main eventing Wrestlemania? Kevin & Shahid aren’t part time podcasters so click on the link and enjoy!