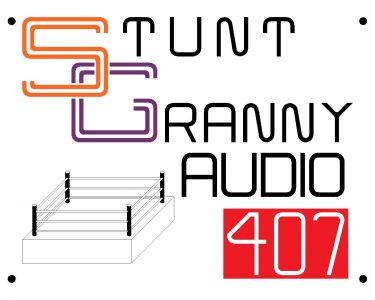 Kevin & Shahid are back in the studio together. The guys use Payback as a jumping off point to talk about both Raw and Smackdown Live. They start off by talking about the Randy Orton vs Bray Wyatt House of Horrors match. Is it better that Orton is pantless or shirtless? Why take a limo to a fight that you know is going to be a brawl? How awkward was it that this had to end in the ring? The guys then move along to Jinder Mahal and his sudden appearance in the main event scene. Somehow, they go from him to how the WWE now represents their ethnic characters. How interesting is it that Shinsuke Nakamura, Asuka, Hideo Itami and Akira Tozawa are no longer treated like Asian adult children like Tajiri was not that long ago? Do you remember when everyone feared that Samoa Joe would end up with a bone in his nose and doing tribal dances? Is Nakamura’s biggest loss the fact that he has to take on Dolph Ziggler instead of The Miz? How strange is it that the Miz got to the top the card, got booted back down and is now back on top of the card? Alexa Bliss is a well written character so why are Sasha Banks and Bayley‘s characters such a mess? How slick was it that the WWE created three feuds at the end of Raw? Kevin & Shahid end by talking about the PPV name Great Balls of Fire. How old does the WWE think the crowd is? Will it get people talking about their product? It sure got us to do so click on the link. Don’t worry, we’ll only make you laugh your balls off. No fire.