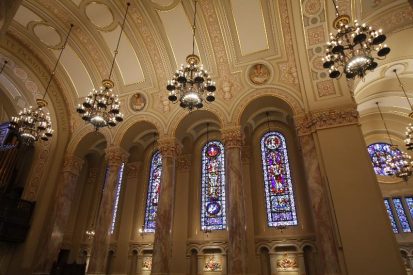 The WWE starts us off, well, I’m not going to find out since I lost power at the beginning of the show. I got power back during the Matt Hardy vs Curtis Axel. Axel is in control. Is this the first time Axel has been working over anyone on Raw? Side Effect on the apron leads to a momentum change. Hardy goes for a pin afetr a second rope elbow but he only gets two. Dallas distracts Hardy. Axel tosses him into the post. Neck Breaker into a Face Plant for the victory by Axel. It’s really weird watching these guys being transitioned into a regular role at the expense of the champions.

Bayley‘s session is an “Earlier Today” segment. Sasha Banks comes into the office. They argue in front of 6A. Of course, it’s Dr. Shelby. He runs thru his seven rules of his “Friendship Zone.”

Akam & Rezar, The Authors of Pain, are taking on Apollo Crews & Titus O’Neil of Titus Worldwide. They are a good hard out team because of their size but AoP is still mowing through them pretty handily. Last Chapter for the win.

Seth Rollins isn’t worried about Reigns pulling double duty since he gets him fresh. Drew McIntyre & Dolph Ziggler are their opponents. Rollins & Ziggler joust early. McIntyre tags in and uses his size advantage immediately. Reigns tags in. McIntyre ends up head butting Reigns to gain the advantage. He & Ziggler tag in and out to work him over. Ziggler gets clocked jumping in for a splash. Rollins tags in. He keeps Ziggler & McIntyre at bay. Frog Splash gets broken by by McIntyre. Ziggler gets catapualted over the top rope. Rollins with a cross body onto both of them. Fame Asser for a near fall. Rollins starts getting a beat down. McIntyre pulls Reigns off the apron to stop a hot tag. McIntyre gets clocked after he tags in. Ziggler tags in and goes for another Fame Asser but gets Buckle Bombed. The Revival come out and attack Reigns for the DQ. No save from no one. Rollins takes the Claymore Zig Zag combo. Reigns eats the Shatter Machine. Shouldn’t Lashley have come out after Ziggler & McIntyre left at least?

Kevin Owens finds Kurt Angle. He wants a resolution to the Braun Strowman problem. Angle’s solution is for the two of them to have a match.

Constable Corbin is still happening. He wants to get Finn Balor‘s career back on track. Balor can do that by apologizing to Corbin. Balor comes out. Corbin starts with an “apology” of his own. Balor “apologizes” for getting him fired from TGI Fridays. Balor keeps cracking jokes. Corbin is not pleased with this attitude. Balor tells Corbin he gave up any chance of respectability when he joined forces with Stephanie McMahon.

Liv Morgan & Sarah Logan knock over janitor’s supplies to Elias’s music. They are a Riott. Ember Moon is the opponent for Morgan. They are sans Ruby Riott due to injury. Moon gets the upper hand with a spring board splash. All I can think though is how dead this crowd is for this match. Morgan rolls through on an Ankle Lock to catch Moon on the middle rope throat first. Moon tosses Morgan into the turn buckles stomach first. Eclipse for the win. She ducks out before Sarah Logan can attack. That was a quick turn around for the win. Would have liked another move or two.

Back to Dr. Shelby. He looks exhausted. He wants to play “Honesty Theater.” They have to answer his questions as the other person. This doesn’t help either. Dr. Shelby yells “Enough” and we get a To Be Continued graphic.

Bobby Lashley is out last for the second of the two tag matches. The Revival did not get much of an entrance. Reigns starts the match like an idiot. He’s showing wear and tear but won’t tag out. Scott Dawson & Dash Wilder work him over. Reigns gets an opening but still won’t tag out to Lashley. Bobby comes in an spine busters both of the Revival. They recover and attack Reigns. The ref calls for the DQ. Lashley walks away. Reigns takes another Shatter Machine.

Roman Reigns is the one who is told that he has a match against Bobby Lashley at Extreme Rules.

Ronda Rousey gets an interview by Renee Young. Renee wonders what Ronda is thinking about Nia Jax taking on Alexa Bliss at ER. Rousey says she’ll be there at ring side.

Nia Jax is taking on Mickie James. Jax is bummed that she is still stuck with Alexa Bliss no matter how many times she beats them. Jax tells Bliss that they wil have an “Extreme Rules” match. Jax has her own back up, Natalya. James ends up going after Jax’s left leg. Jax ends up giving James leg scissors around the stomach. Jax starts making a come back. James gets caught going for a Mick Kick. Power Bomb. Natalya takes out Bliss. Jax with a Samoan Drop for the win.

Kevin Owens is looking for advice from Jinder Mahal who is still doing the peace thing. He’s ready to take on the Monster tonight.

Bobby Lashley is pumped for EC. The only reason Reigns is the Big Dog is because he was gone.

Kevin Owens runs away early in the match. Braun Strowman just stands in the ring. Strowman goes after him after the bell rings for the count out. The crowd starts chanting “Porta-Potty.” Braun Strowman duct tapes the Porta-Potty closed. That little wouldn’t stop anyone from getting out. Strowman drags it into the arena. He then pulls him up a ramp. Strowman is barely breaking a sweat. I’m assuming that would exhaust 90% of humans. Strowman pushes over the Porta-Potty which falls off the stage. Owens is covered in a blue substance. I know they tint the water but wouldn’t there be some waste in there to dilute the look? – Kevin DiFrango