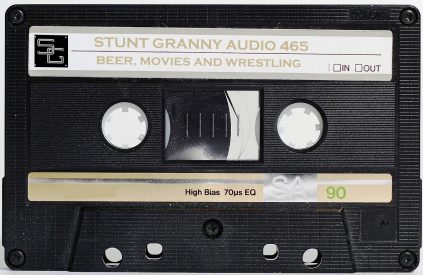 Kevin & Shahid are back behind the mics and they’re ready to talk about professional wrestling as usual. They start with Randy Orton doing the most interesting thing he’s done in years by twisting and turning Jeff Hardy‘s ear gauges. How close was he to ripping the cartilage? Wasn’t it just a good beat down in general? How does Shinsuke Nakamura manage to get cheered during his promos but booed during his matches? Are Elias and The Miz the only other ones on the roster to get such a reaction? Speaking of the Miz, will he finally be feuding with Daniel Bryan? Why is there something about Bryan that makes the Miz’s promos even more on fire? Why did Bobby Lashley have to earn a spot as number one contender after beating Roman Reigns the night before at Extreme Rules? Could the Sasha Banks and Bayley story line bring more depth to their characters? Have we figured out yet why the WWE decided to push Dolph Ziggler once again? Didn’t the WWE make it pretty clear they were ready to move Seth Rollins into a more prominent role? So they why did the fans act like a bunch of jack asses when he was in the main event of Extreme Rules? The last topic they delve into is the return of Hulk Hogan to the WWE fold. Is the WWE testing the waters of a full return by not putting him on TV yet? How is the African American portion of the locker room feeling about this return? What else do the guys talk about? Click the link to find out!