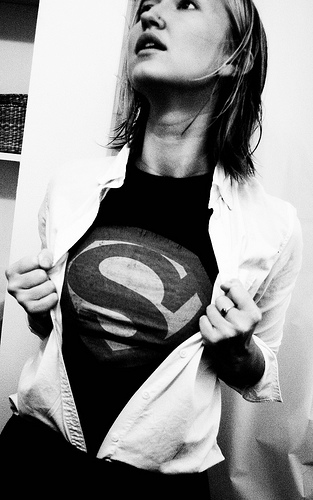 Smackdown is super, thanks for asking.

I could have passed up doing this easily since I know Jeremy and I are recording tomorrow. We’ll be talking about Raw and Smackdown. Oh well, no one posted anything today so I’m going to take a swing at Super Smackdown Live. John Cena comes out and does the “jokes.” Rodriguez gets to do lackey duties for a change. RR gets to take a lackey’s punch too. Barrett delivers a good promo which makes Cena go serious and deliver himself.

I’m really confused by the corner splash Cena is doing now. The guy is a tank but he’s not big enough to make that look worth while. I expected Barrett to lose but wow, he lost pretty handily. Cena did not extract revenge with that win though. Douche bag Striker gets to ask Henry dumb questions. Henry even calls him out for their stupidity. Henry knows how to deliver on the mic.

Sin Cara takes on Daniel Bryan. Weird. Are they going to stick with this version of Sin Cara when the other one gets over the violation? I mean, this guy is way better even if the twisting cross body block was telegraphed. OK, so Bryan loses again clean. I guess he’s got the losing streak gimmick. I just don’t understand. Sin Cara goes heel. They need more of them. People didn’t freak out though. I mean, Bryan is on a losing streak and he’s constantly called a chump, why should people care if he gets beat up? Have Bryan win and Sin Cara turns on Bryan after he shakes his hand. That’d definitely get the sore loser boo. Evan Bourne stinks the joint up. Kofi talks up the tag team division. I keep thinking they’re going to stop but they have been consistent with this tandem. Sheamus at B.A. Star. Hilarious.

I FF thru the Orton & Christian review. We are seeing way too much of Matt Striker tonight. More than normal for a Smackdown in my estimation. Christian tells him this is his night. Christian talks up his greatness. I like it.

Why is Alicia Fox on the face side? KK didn’t get much of a response. Oh, Alicia was beat up by Natalya. I know I watched it. I just don’t remember it happening. They need to stop glamming up Beth & Natalya. Beth’s faux denim ring gear is definitely a glam up move. Oh, they’re also building up the women’s division for several weeks now.

HHH recaps the Raw happenings with him, Punk & Nash. I am getting used to “Cult of Personality”. Still like Killswitch Engage better. CM Punk’s facial expressions are the best. HHH sells helping Punk well. Punk sells himself well. HHH is holding up his end of this bargain. Punk is killing it. Nash hits the ring. Nash drop Punk then shoves down HHH. Makes sense.

We get to see Nash stare at Striker. Too much douche! Sheamus vs Khali. I think this happened a couple of weeks ago. Fabulous. They do have the ribs to sell this time around. Mahal interferes. It could be a good feud. See what Mahal is made of. Nevermind, Mahal just got his ass handed to him.

It’s good that a Smackdown match is the main event. The announcers sold the cage match and the finalization of this feud. I did not tape past the time slot. Orton has one dandy of a drop kick. Woo, quick ass commercial break.

Good match up so far. The announcers are doing a great job tonight. Cole has backed off in the heeldom department which helps. They’re selling Christian which bodes well for him. Super-plex takes us to one last commercial break. Shit, I am not going to have the end.

Christian almost gets out of the ring but Orton makes the save. Orton’s turn on offense.  Christian with the frog splash but it only gets two. Nice near fall. Two for the spear. Man, these guys put on a clinic every time they’re in the ring. Christian kicks out after a big back breaker. Yep, son of a bitch. They’re fighting on top of the cage and my DVR cuts. Fuck. Great match up until that point. -Kevin