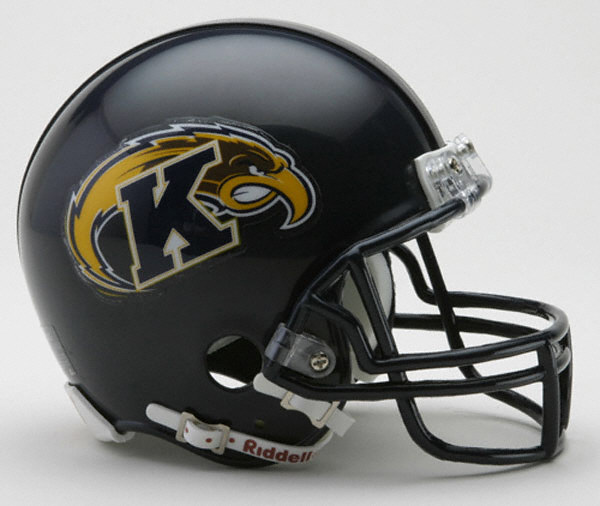 It's almost football season and I was just at an alumni meeting.

I just got done hanging out at the Central Ohio Kent State Alumni group. The chapter has been pretty quiet evidently but it needs a kick in the butt. Well, I’ll do my part. Good group of people and I was the second longest person living in the fine city of Columbus. The other guy graduated in the sixties so he almost doesn’t count. Good guy though. I didn’t ask about wrestling but no one from me was probably thinking about it. I’ve got no Twitter feed to look at because I’m starting at 10:30 PM EST. Let me remind everyone, because I almost forgot myself, that Raw is emanating from Columbus OH on Labor Day. I didn’t even realize I had Monday off until Jeremy said something to me on IM during the day. So, the point isn’t that I’m a dumb ass, that is assumed. The point is that I will be tweeting from Raw next week so follow us (@Stuntgranny) because we’re almost to triple digits and we’ll really love you if you follow us. Let’s do it.

HH intro. Speed watching mode. I’m skipping intro walks to the ring to save time. I hate doing it because you do miss some context but it’s late already and I’ll probably just rip on Michael Cole more. HHH yaps then calls out Kevin Nash. We get CM Punk instead. Punk barely says anything before Nash hits the ring. People love chanting “What?” at Nash more than most people, in my estimation. John Laurinitis signed Nash. He actually solved the problem. Punk’s puking routine has me laughing but the crowd is pretty “Whatever” for it. Punk is being brutal. What a dick. HHH did not need the barely audible “Suck it” chant. They jam Randy Orton into the opening segment for extra hype.

The WWE did a decent hype job on KSU Alum “Dolph Ziggler”. They do like featuring him in wrestling matches but he’s had little in the push department. Oh, just in case they’re reading, the sippy time beer of choice at the KSU alumni meeting was Great Lakes Eliot Ness, a Amber Lager. Their best beer in this man’s opinion. Oh, commercial break.

By the way, Dolph is in another commercial break level match. He’s had them with Rey, John Cena and numerous other wrestlers. Shit or get off the pot with my man. That’s all I’m asking. New move from Orton (back breaker on the shoulder) leads to another two count. Seriously, why has he had this many close calls? And a near fall for Ziggler. Dolph down and out locks in a sleeper but gets reversed in an RKO. I know I’m a homer, but who can tell me that wasn’t a good match? Why isn’t Dolph pushed more? Josh talks at Cena before a commercial.

Cena hits the ring. Oh, the other consequence of not watching the intros, little feed back to be had on the crowd. Mark Henry is on a roll but he doesn’t beat Cena without some help. I like Cena showing concern over Henry. Lawler says he loves the Raw supershow without irony, I think but I’m not sure why. Sheamus and Christian join the fray to make for a mid main event worthy match. Oj, no match. John is getting too much time. HHH putting him in his place. The match is the main event.

Good idea to have Punk out there after the commercial break. Hide is second (probably smaller) pop. Oh, Jeremy and I talked about it on an audio/podcast. Punk’s trunks are designed after the Chicago flag. I read that info elsewhere. 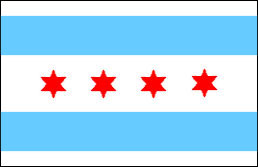 The flag of Chicago.

I agree with Lawler that Miz hasn’t been lost in the shuffle. I may not have liked him trading barbs with Jared from Subway but that’s still a prominent spot. Miz looking good in the match with Punk so far.

Punk is getting a weird pop during his matches. More of the arena seems to be yelling during the intro. Cole calling out Lawler& Ross is hilarious since they let him slide during his botched reading spot. You’re pathetic Cole. R Truth makes the match moot. Another sing the Miz isn’t being lost in the shuffle. They needed to protect his wins and losses. Punk gets Pearl Habored by the Miz to lead to the power bomb by Nash. Weird crowd reaction for him too.

Swagger vs Sin Cara is another even steven match up. Swagger needs to win to keep the Vickie storyline alive. Sin Cara has been on a mini-roll. Dolph costs Jack the match. There we go. Another way to cover for the finish.

Rematch for the tag team titles. Lawler is still right that Otunga & McGillicutty need personality. They need mic time for that to happen and they’re not getting it. AirBoom is what people voted for? People are dumb. Or the writers are. Either way, it sucks. Trouble in Paradise wins it. Otunga yells at Lawler. He tried to look tough but failed at being intimidating.

I just buzzed thru a whole lot fo show to get to the beginning of the main event. Sheamus is rightfully taking the beating for his team because of his ribs. Irish Curse back breaker gives Sheamus time for the hot tag. Solid main event. Nothing surprising but it worked. What a weird time to announce HHH vs Punk then they revisit the main event finish. That is Bigfoot City. -Kevin

One Response to “Kevin’s Blog: Almost Live, Definitely Half Assed Review of Raw”