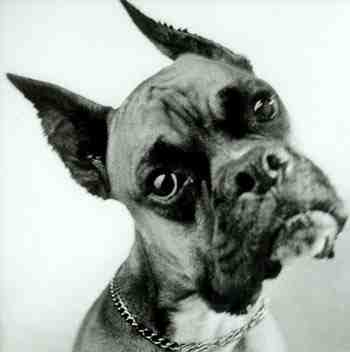 I'm at the middle of the show and completely confused by everything happening and not in a good way either.

I’ve got nothing for an opening today. I’m tired but ready to bang out this review. Let’s roll.

Jeremy had a great line about Sting. Bobby Roode made him so mad, he was going to start going around everywhere in black face. So wish I had thought of that one. Evidently Kurt Angle is going to tell us multiple reasons why he attacked Jeff Hardy. My guess is that Jeff stopped supplying him with vitamins, cough cough. Kurt brings out cue cards. At least he’s not hiding his note cribbing like the Rock. Unlike the Rock, Angle is in no way electrifying. Just like the Rock, his promo sucks. He calls out Hardy. Jeff slaps him then double legs him. TNA loves officials from the back. Bobby Roode is still the “IT Factor of professional wrestling”. Ask the Miz how much that matters. Austin Aries wonders in. He says indirectly he tweeted something but not what he wrote. Excellent way to craft a promo. If you’re a moron. They talk a walk together because we can’t get enough of fighting authority figures in wrestling today. (That’s a huge dose of sarcasm.)

Daniels & Kazarian come out for the gauntlet match against AJ Styles. Ah, if AJ wins he gets to know why Kazarian turned on him. Why didn’t Daniels order Kazarian to be the first in the match? Kazarian can just lay down now. He still doesn’t like being controlled. They went to commercial break early. Kaz gives AJ his finisher to DQ Daniels but then pins AJ. Daniels looks confused. In a way, I don’t blame him but the main point is not giving out the info. Madison Rayne tries to impress Gail Kim with a bunch of pictures. Gail got them a day at the spa and a match against ODB.

Kim comes out with Madison for the match. Not a fan of the heel vs heel. ODB brings Eric Young to the ring with her. Madison Rayne stopped a bronco buster with a boot to the cooch. EY distracts the ref while his woman is winning. ODB gets the win when Kim can’t interfere? They argue again. Bully Ray berates the make up lady. Roode & Aries make the pitch to get rid of Sting to him. Velvet can barely complain about being screwed before Angelina & Sarita attack her.

They come back from commercial and Velvet Sky is complaining again. She was screwed by Madison. The screwing stops now. Then they replay what they did before the break. Excellent work morons. Weakest assault ever. Mickie James makes the save in the strangest outfit ever. She’s gone 80’s neon. Ric Flair yells at Garrett Bischoff. They want Garrett to come to his sense still. For some reason, Flair, Gunner & E Bisch think they can continue to beat down Garrett. Ground Hog Day something fierce. 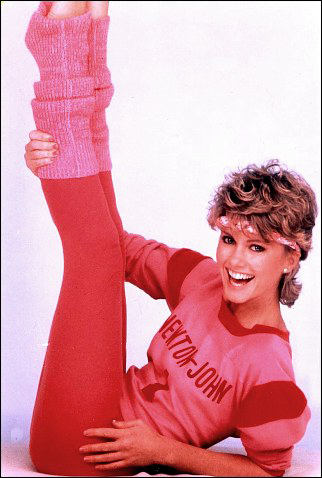 Olivia Newton John would have been proud of Mickie's outfit.

Bobby Roode is going to make it short and sweet. I can only hope. No, Bobby you suck. I don’t watch for you. I watch to hope I can make money or break even on this site. Bubba complains that he got beat up by a man much larger than him. There’s shame in that? Austin Aries gets to complain. I’m glazing over. Honestly, every promotion I watch is doing this storyline. It sucks in everyone of them. Sting shows up after the darkness. Sting states the obvious, they won’t be champs. Hold on, is TNA going to be the first company that makes sense? Of course Sting throws it in the toilet by teaming them together against the tag champs, who are heels, and James Storm.

Jesse Sorenson wants to make it back to the iMPACT Zone. Zema Ion isn’t ashamed of what he did. He’ll break the camera man’s neck if it gets him ahead. Shannon Moore is taking on Ion. It’s the battle of the hairdo. Mike Tenay & Taz are upset by Ion’s opinion. The match was good. Ion’s gotten more assertive since coming to TNA. He needed it. Good on him for continuing to improve.

iMPACT Wrestling should not be putting someone on TV that legitimately thinks wrestling is real. Mickie & Velvet are taking on Angelina & Sarita. The announcers said the later was a new alliance which begs the question of both Winter & Rosita. I am digging that Angelina is wearing more traditional in ring garb. Mickie is taking the beat down. Sarita doesn’t dance as well as Rosa but I wouldn’t kick her out of bed for eating crackers. Velvet gets the hot tag. Velvet has improved in the ring. She’s still not fantastic but much better than Kelly Kelly. Velvet deserves a run with the title. I know she won it for a hot second before but she needs a coronation. James Storm is ready for Lock Down. Magnus gives an asinine reason for them to be on the baby face team.

Abyss gets a video package. They so want him to be Undertaker/Mankind. It’s pathetic. Aries, Bully Ray & Roode hit the ring. Joe, Magnus and Storm come down second. Joe with his arms folded cracked me up. I spit out beer. There was something about the look on his fat face. Not much happened before the commercial. Samoa Joe is the bitch in the match. It wasn’t going to be Storm. Brutus seems to be the slightly more featured guy. He’s getting the mic time. Storm gets the hot tag. Big shock. The One Man Gang like “WOOOOOH” Bully Ray does cracks me up. Strom pins Roode with the Last Call Super Kick. That was emphatic. Bully Ray takes the baby faces out with a chair. Makes sense. The back end of the show was much better. -Kevin

One Response to “Kevin’s Blog: Almost Live, Definitely Half Assed Review of #iMPACTWrestling”