You are here: Home › Kevin's Blog › TNA News › TV Recaps › Kevin’s Blog: #iMPACTWrestling – For The Hell of It 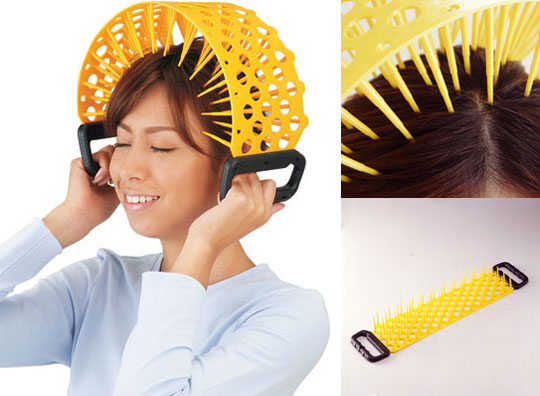 I need this head scratcher to figure out Hogan's Open Fight Night concept.

I know I mentioned this in an audio recently but I’m not sure I mentioned it in this space. My levels of reviews are Definitely or Almost Live which happens the night of the show. A Day Late & A Dollar Short is, duh, the next day. For The Hell Of It title says I just want to put content on the site. I’d imagine anyone that wanted to read a review of these shows has done it already. I’m throwing some pity because of their dismal ratings news. Plus, I know I won’t review the show on time this coming week. I have a ticket to go see Mick Foley & the Reverend Bob Levy on Thursday. I’m excited.

I want to vomit already. Hulk Hogan just called Samoa Joe & Brutus Magnus the greatest tag team ever. OK, well, only one champ each “Fight Night” can be called out? Or is Hogan just assigning one title match and the rest of the champs can still be called out? Devon comes out and calls out Bully Ray. I guess the champ can call someone out. All of the roster is hanging out together. Um, why? Just watch from your locker room. Bully Ray turns down the challenge. Shouldn’t Hogan have come out and enforced his won rules? Devon starts the match by attacking Bully Ray on the ramp. At least Taz called the Dudleys the greatest tag team of all time. He was trying to correct Hogan’s nonsense. They probably aren’t but they’re closer than the other clowns. Nothing happening before the commercial break.

Taz & Mike Tenay are praising the concept but doing nothing to help define it. The action has been pretty solid. It’s all familiar stuff. It makes sense they’re going for big shots and power moves. Devon gets the win after a spine buster. I would have liked to have seen him get some more offense in before the pin fall. Austin Aries talks about not being impressed with Bully Ray. Ric Flair is asked about the proper send off for Eric Bischoff. According to Flair, Eric is the greatest promoter of all time. Yep, I’m sure that’s why “his” company got bought by WWE.

Kazarian & Christopher Daniels talked to Kurt Angle. He yells at them for helping him because he doesn’t need anyone’s help. OK then. Jeremy Borash came to the ring. He says that Eric Bischoff is the biggest prick the company has ever had. Borash wants to fight him. Bischoff comes down clapping. As Eric talks, Bully Ray low blows JB. Bischoff pulls his leg up and gets the pin. JB could have kicked out. Ball shots hurt but prove a point. And why does a leaving heel need heat? Or this much camera time? Boy I can’t think of why they’re rating is below 1.0.

Mr. Anderson has respect for Eric Bischoff. He says Eric’s a douche bag. Why does it feel like Bischoff is going to stick around? Mexican America has a mic again. Anarquia says they can win any type of match. Kurt Angle comes. Why is a heel fighting a heel faction. My head is ready to explode. Anarquia gives the match to Hernandez. Oh, it was a fake out move. Only thing that makes sense in this match. Ankle Lock in no time flat. They give us a view at Alex Silva who is in the Gut Check challenge. Al Snow accompanies him down to the ring before the break.

Robbie E with Robbie T is his opponent. Tenay turns over his duties over to Snow. Silva looks like he could use to do more leg work. Snow does a good job of talking over the Gut Check premise but he doesn’t mention who else is on the committee to get a job is. Robbie E wins after the announcers talk about Silva’s over exuberance.

Dixie Carter remembers Eric Bischoff. She remembers the lies and problems he’s brought to TNA. Hogan welcomes four tag teams. He lets everyone sell themselves. Daniels & Kaz get first crack. The Motor City Machine Guns are more dedicated. Hogan wonders why Jeff Hardy & Mr. Anderson can’t get along. Eric Young & ODB sell themselves. Hogan can’t make the decision now. Hogan does kick the Guns out of the process. Brooke Tessmacher comes to the ring. She wants to prove that she’s a real threat to Gail Kim. Brooke calls out Gail for a non-title match. Kim had her pinned early but pulled her up by the hair. Gail plays to the crowd but then hits the move. She misses after not primping. Kim misses a missile drop kick. Back suplex into a face buster gets Brooke the win. So is Velvet Sky getting kicked back down the ladder?

Kaz & Daniels get more TV time. If AJ Styles doesn’t show up next week, they’re going to let the cat out of the bag. They replay RVD getting into the three way title fight at the next PPV. They love the training videos these days. Solid stuff again. The effect is wearing off. They felt special for Roode & Storm but RVD has been around for so long, it’s not effective. Al Snow & Alex Silva are talking when Bobby Roode interrupts. Roode tells him to be ready for anything then punches him in the gut. Hogan eliminates EY & ODB.

Garrett Bischoff gets to talk about his dad. iMPACT Wrestling will be better off without Eric. Joseph Park talks to Bully Ray. Park tries to give him a card after Bully won’t cough up any info. Samoa Joe & Magnus come out. If they’re going to spend this much time on this match, why is it not the main event? In another head scratcher, Hogan has Hardy & Anderson take them on. Why are four baby faces fighting? Kaz & Daniels won’t really go for the belt since they have the Styles angle going on so if they lose, it’s no big deal. Nothing happens before the break.

Hardy is taking the beating. He gets things turned around with a Whisper in the Wind.  Magnus & Anderson come in. For some reason, Brian Hebner counts the pin fall. Neither Taz nor Tenay point out that neither man is legal. Joe turns a roll up into a rear naked choke. Anderson taps out. Daniels & Kaz attack Joe & Magnus on the ramp.

Ric Flair comes out with Immortal. The ring is set up like a roast or a King of the Ring celebration. Eric gets to have a second slow entrance of the night. I understand Ric selling his importance to the business but it doesn’t mean you can’t want him to leave the business. He’s obsolete. Go to pasture. Concentrate on your production team with Jason Hervey for F grade television products. Flair presents him with a gold watch. Bully Ray gets me to chuckle about the wind beneath my wings comment. Garrett Bischoff comes out with his team and Borash. They got him a farewell gift. They induct him in to the TNA Shed of Shame. Horse Face McGillicutty presents a yellow outhouse. Garrett shoves him into the shed then chains it shut. JB & Garrett turn the shed on it’s back. It looks like Eric bathed in chocolate milk. The crowd is reacting but I could care less. -Kevin