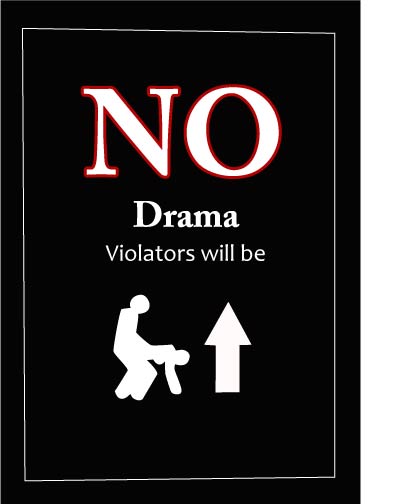 I swear my friends who stirred up the baby momma drama must have heard the audio even though I know they don’t like wrestling so they don’t even bother coming here. I have been drama free since the day of that show with Dusty. I may need to make Dusty my leprechaun. I’m ready for an easy night with my girlfriend out of town and my dogs passed out. There has been a lack of any news to mock so I’m going to try to fill in some web content. I didn’t read spoilers and didn’t read any reviews. Let’s roll.

AJ comes out to kick off the show. Before she can explain anything, Vickie Guerrero interrupts. Nice of her to give us the headlines. Dolph Ziggler proved he can steal a show. AJ with some good comebacks. CM Punk comes out. Seems like we have a mixed tag match if they want it. The facials between Punk & AJ has me cracking up. Punk did a good job. Daniel Bryan comes out. Bryan touts Punk as hero. I keep tuning out because I knew Sheamus was coming out. No one gets a good crack at a promo except the openers. He proposes to fight right now. AJ flips out trying to get to Vickie.

Bryan and Sheamus are in the ring when they come back from commercial. The helio into the ring isn’t a regular and then he follows it up with a delayed suplex. Punk knows how to vary his offense just enough. I know it’s not the first time he’s used the helio but still, not an every match happening. Nice double team effort between Ziggler & Bryan right before the next break. Good deal.

Punk is taking the beating, as he should be. Bryan misses a top rope head butt. Ziggler taking a beating from Sheamus. AJ provides the inadvertent distraction for Ziggler to get the cheap pin. AJ attacks Vickie. AJ gets kicked into the ring apron back first. Kane comes out and treats her like Katie Vick. Punk attacks Kane. Bryan attacks Punk. Kane choke slams both of them. Good stuff all around. AJ falls to her knees and starts laughing.

The Funkasaurus talks about being banned from Raw. He can’t attack Big Show. Brodus wants some competition. I think he’s addressing it like his character should, but I don’t like it. Heath Slater is his opponent. King Kong Bundy length squash. David Otunga ambushes Clay. They mention that this match will happen before the PPV on Sunday. They’re hyping No Way Out better already than they did on Raw. Too bad you have about a third of the fans watching this show.

Neither Alicia Fox nor Beth Phoenix get an entrance. Layla is on the head set. Second straight squash. Glam Slam for the win. Layla showed off her black hole charisma. At least they mentioned the match would be on PPV, right?

Johnny Wooden GM comes out. I get to FF thru the replay. Johnny introduces the Big Show after it. He runs over his history. Show guarantees victory. Mitchell Cool interrupts. to tell Johnny that John Cena will be there before the end of the night.

Jack Swagger gets to lose to Christian. I’m sure Swagger is bummed that he’s “Jerk of the Month”. Christian with the frog splash in a squash match. Wow, nail meet coffin.

OK, I paused the Ryback match just to check on the names since Dusty told me about the old presidents on Monday. Ari Cohen & Mike Testa don’t mean much to me. I believe John Testa held some type of office here in Ohio. I feel like his name was on gas pump inspections but I could be wrong. I FF thru the rest of the match because it’s another squash.

Damien Sandow comes out for another match with Tyson Kidd. Guess what? Another squash match. Sandown wins.

John Cena is in the ring and pretends that Smackdown is live. Johnny comes out. Cena threatens to knock of Johnny. Cena belittles Johnny. Wooden GM keeps battling back to keep Cena from attacking. Johnny threatens to fire Cena on Monday if he loses. He finally punches Johnny. I’m hoping this isn’t a Cena is fired angle. Just keep the evil GM off my TV. -Kevin