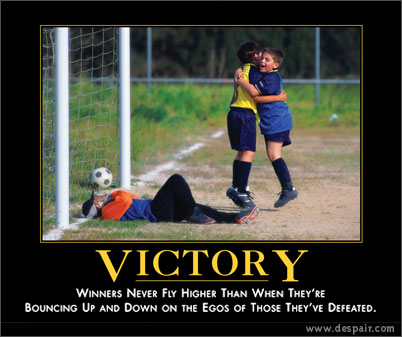 The Miz kicks off the show in his home town. Mick Foley gets to bring his team down. They at least let the Miz still be pissed at Kofi. Good deal. Kane and Bryan bicker. Miz and Kofi bicker. Randy Orton becomes the voice of reason. He doesn’t help. My boy Dolph Ziggler comes out to brag and rag. Alberto Del Rio objects to Ziggler’s leadership. Mick Foley proposes matches. Damien Sandow gets to blame Kane for Cody Rhodes’s injury. Kofi challenges Sandow so that he can be concussed too.

They start the match after the break. How nice of them. Josh Matthews does a great job of selling for Rhodes too. JBL berating Matthews is a perfect tandem. Kofi Kingston nails a suicide diver before another commercial. Sandow is in control after the break. The Elbow of Disdain is such a fun name. Kofi starts it up. Kofi gets two off a sloppy spring board cross body. Sandow rolls up Kofi for the win.

Natalya, Kaitlyn and Layla El are taking on Aksana, Alicia Fox and Eve Torres. I love Smackdown because I can FF thru large chucks of replays. It goes quick. Matthews is doing a good job of grilling JBL about the (obviously) fake phone calls Vickie put together. Kaitlyn pins Fox for the win. She’s got the title shot so it had to happen. They’re pushing Survivor Series big time. Booker T talks to in the garage. He tells Sheamus that Big Show isn’t going to show up if Sheamus prowls the perimeter. Booker tells him to keep it in check for 48 hours. Booker getting tough.

The Miz & Randy Orton team against Dolph Ziggler & Alberto Del Rio. The Miz and Ziggler start the match. The heels have it but it’s way too quick for this match. Good plan to bring out the Miz in his hometown. Weird that they didn’t humiliate him. The Miz nails the Skull Crushing Finale on a blind tag. Randy Orton is not pleased.

Sheamus comes down to the ring in street clothes. As usual, the baby face doesn’t want to wait until Sunday. Big Show appears. He wants to knock William Regal out again. Booker T holds back Sheamus from attacking Show. Booker wants to escort out Sheamus. I’m so tired. Booker T tells Show he’s in the main event tonight. Sounds like Khali might be his opponent from the hint.

Kane is taking on Wade Barrett. Man, is this going to be another close loss for Barrett? Kane takes control early on. Team Ziggler attacks Kane. Daniel Bryan comes out first. Mick Foley gets Kofi to come down. Orton makes the save. Pushing this match big time. Good choice not to have Barrett job.

R Truth is in the announce booth for Antonio Cesaro against Sin Cara. I always dig the throw up European uppercut. Nuetralizer for the win. Pretty robotic match. We know the WWE still isn’t liking Sin Cara. Truth cuts a better promo than anything he did in the booth.

It looks like I was right that The Great Khali was Big Show’s opponent. KO punch to look impressive.