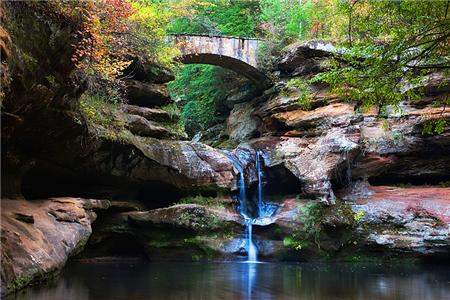 This week should be interesting. The Lady has her birthday mid-week then we’re off to Hocking Hills to celebrate on Thursday. There’ plenty lined up for the week with IPA Day on Thursday. The fun starts off with Raw so let’s roll.

HHH starts off with a super plug of the WWE Network while highlighting all of the matches the Authority are involved in. Thank goodness that only Seth Rollins and Dean Ambrose have Beat The Clock matches. Ambrose gets to beat Alberto Del Rio. Rollins gets to beat RVD. Stephanie McMahon gets to pimp her own match. Okay, the $9.99 bit is funny but you’re being a dick every other way. Randy Orton says that you can see remains of Roman Reigns on the announce desk. Maybe someone should have warned the announcers who looked bored. Reigns walks down the aisle way and stops about half way. Reigns has new green piping on his vest. It all looks the same. (Next Day Note: Reigns outfits all look the same. Ambrose changed the most.) Kane gets to lose another Last Man Standing Match unless Orton interferes.

The match starts after the break. In the time that it takes me to upload the picture, Reigns is already getting counts on Kane. He does likewise to Reigns after tossing him into the stairs. If Kane has all of that experience, why did he think that’d work? Kane gets tossed into the barricade by Reigns. He’s an idiot for thinking this would work. Chioda is telling Kane to back off after he tosses Reigns into the barricade. I thought you could over ride the refs count if you felt it wouldn’t work. Kane rams stairs into Reigns head. Michael Cole said Senior Official Mike Chioda. He’s so getting yelled at during this commercial break. Reigns makes a come back that gets a count on Kane after an apron drop kick. Reigns tosses Kane into the lower set of steps. Kane catches Reigns looking for tables. Reigns hits a Samoan Drop. Kane stops a Superman Punch and tosses Reigns through a table. Reigns barely beats the count. Reigns DDTs Kane on a chair. Superman Punch. Reigns spears Kane after a spear. Kane can’t make it up. Reigns wins. (Next Day Note: I’d much prefer the spear be the set up to the Superman Punch instead of the other way around. Plenty of people use the spear for a finisher.)

Brock Lesnar gets a nice long video package of new material. I still remember jumping up and cheering when Lesnar broke the Streak. John Cena gets to be part of this video package too. They’re going UFC style. Smart move on their part. Come Get Some. After that bad part, Cena talks about his love for the WWE. I’m going to be almost as giddy if Cena wins at Summerslam. The Wrestling Internet will break.

Damien Sandow comes out in an Oklahoma shirt and “helmet.” Who gets to kick his ass this week? Mark Henry is still employed. Henry is wearing a Texas shirt. Sandow gets a kick in while Henry gives the “Hook’em Horns” symbol. World’s Strongest Slam for the win. Adam Rose thinks you’ll see your evil self into a mirror. He wonders if he’ll turn into a lemon. He sees himself in a suit. (Next Day Note: I thought that skit was going to go somewhere. It didn’t and I won’t watch Main Event to find out if that’s where it ends up.) 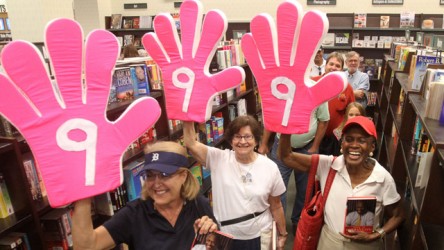 Dean Ambrose gets to take on Alberto Del Rio first. I was wondering whether Rollins would interfere but not with Ambrose going first. I’m wondering if they could say $9.99 more. Ambrose pounds away on Del Rio. ADR gets a two count after an enziguri. Del Rio kicks Ambrose in the gut. ADR runs around ring side and then tosses Ambrose into the barricade. Ambrose deserved a clothes line after using a small package.  ADR starts working over Ambrose’s shoulder. Moron should have been doing it earlier. Ambrose reverses ADR into the barricade. Suplex on the outside by Ambrose. ADR side steps a charging Ambrose who hits the post with his shoulder. Ambrose catches ADR coming off the top rope. ADR tosses Ambrose off of a Tornado DDT. ADR kicks Ambrose out of the ring. ADR is working over the shoulder. ADR kicks the post when Ambrose moves his head. Ambrose connects with a suicide dive.  ADR misses an enziguri. Ambrose Tornado DDTs Del Rio. The announcers are noting the long match. More of these style matches should go this long instead of being shortened. ADR gives Amborse a reverse suplex from a split rope stance. Ambrose with the sling shot clothes line. Arm breaker by ADR. He slaps on an arm bar over the ropes. ADR starts to brag. Ambrose hooks up the Dirty Deeds at 15:42. Fun match. As much as I bag on ADR, I don’t think RVD can deliver as a good a match. (Next Day Note: RVD didn’t get the chance to prove me wrong.)

Rusev & Lana came out before the break. We get the review of Smackdown when a Flag Match was made for Summerslam. Rusev locked in the Accolade. I “missed” it on the App but they just showed it to me. The WWE still feels comfortable with current events by showing the Putin with a lion and Obama with his yappy dog. Lana sings Happy Birthday in Russian. That reminds me, I need a drink. (Next Day Note: I never got one.) Jack Swagger & Zeb Colter come out. They are loving Fifty Stars & Thirteen Bars line. I hope Natasha is paying attention on how to cut a promo. I fully understand why the WWE has Colter out there. Rusev cheap shots Swagger with the flag. Saw it coming but nicely played any way. Swagger gets dumped outside by flag pole. Zeb Colter is as dumb as a woman and stays in the ring. Lana mocks Colter as he’s backed in a corner. They can have that later or not at all.

Cesaro nearly kicks Dolph Ziggler‘s head off while The Miz babbles on the head set. I know he’s supposed to be faking the Hollywood meetings but they need to put a little more meat on the bone. Just mention a studio or director, something, anything. Cesaro shows off the strength by holding Ziggler up for a suplex. He reverses out of it and nails the Zig Zag for the win. The Miz climbs into the ring. The Miz shows Ziggler the title. Ziggler fakes a Super Kick when Miz cowers. Jerry Lawler acts like he doesn’t watch Smackdown as they recap Paige and AJ Lee. Paige wishes AJ a speedy recovery. She is excited to face her idol at Sumemrslam. She has turned on the personality.

Rybaxel gets to job to Goldust &Stardust. JBL’s indignent about the Dusts is hilarious. Goldust is in the match with Ryback to start. Goldust ends up getting worked over.Stardust comes in and is a house of fire. Stardust plants Curtis Axel with a DDT. Dark Matter aka reverse face plant for the win. HHH & Stephanie are talking when Kane comes in. He takes off the mask. So corporate Kane again?

We get Chris Jericho recap from Smackdown before his match with Luke Harper. He comes out with only Erick Rowan. Harper gets to take over on Jericho early. He even uses the Gator Roll. Sit Down Power Bomb on Jericho only gets a two count. This is a mauling so far. Jericho locks in the Walls out of nowhere when the lights go out. Wyatt distracts Jericho. Y2J catches Rowan with a Code Breaker. Harper tries to take advantage too but gets a Code Breaker. Wyatt blasts Jericho from behind for the DQ. He finishes off Jericho with Sister Abigail. 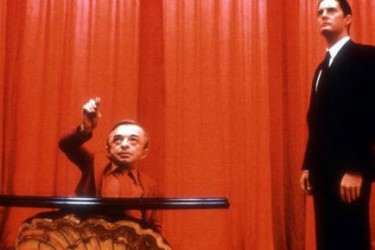 From thefreegeorge.com and of course from Twin Peaks.

Diego gets to come out with Summer Rae, Layla and El Torito. Fandango introduces his new partner, Hornswoggle. I’m not sure about this one. Diego drop kicks Fandango. Back Stabber for the win after Fandango almost hits Hornswoggle on the apron. Hornswoggle joins the Mexican dance line. Fandango attacks Hornswoggle. El Torito gets to retaliate for the Little People. (Next Day Note: I know they can’t make everything super awesome but this feud is going nowhere fast. Couldn’t Fandango hire Charlotte and Sasha Banks to take them out?)  Renee Young gets to talk to Randy Orton. They show the Reigns beat down again. Kane doesn’t compare to Orton.

Bo Dallas gets recapping too. He is taking on R Truth again. This match just looks violent. I like it. Until Bo Dallas rolls up and holds the tights for the win. Hilarious cheap ploy. Bo Dallas beats down R Truth after Truth attacks first.

Bray Wyatt wonders about being different. His brothers may not be there but he’s never alone. Wyatt starts to sound like Rob Zombie lyrics. He Got The Whole Wide World In His Hands.

They re-air the Brock Lesnar/John Cena UFC style video package pretty much guaranteeing I’ll catch up. RVD had been in the ring. Seth Rollins comes down. Justin Roberts informs us that Heath Slater will now be Rollins’s opponent. Heath Slater won’t lay down for Rollins. Dean Ambrose comes out. Slater hits a running neck breaker. Ambrose grabs the MITB briefcase. During your own match is a poor time to have that around. You can only cash in if your opponent happens to be the champion. Ambrose rips the contract. The announcers act like that voids the contract somehow. Ambrose puts a drink, popcorn & JBL’s hat in the briefcase. He then stands on the announcer’s table. Heath Slater rolls up Rollins for the win. Rollins freaks out. Why exactly? He didn’t really cost you the WWE Title match. (Next Day Note: Nice showing by Heath Slater. If he’s lucky, he’ll get out of jobber hell.)

Stephanie & HHH come out first. Brie & Nikki Bella come out last. Michael Cole is in the ring for some reason. HHH reveals that Cole is the officiant of this moment. Brie’s brutal mic work continues. We get the arrest video package. Brie is going to embarrass Steph. Brie has picked it up. She lists all of the people who Steph has wronged. Steph mocks Brie’s trash talking. She runs down Brie Bella for being a reality star want to be and props up her lineage. I miss part of it because the stupid thing ran over. Nikki was attacked. HHH had Brie pinned in a corner. Brie then gets Pedigreed. I hope Steph is soaking up the crowd milling about (Next Day Note: I found it funny that everyone was praising that segment. I liked it but I still don’t think the crowd at the end was doing anything other than heading for the aisles to beat the traffic.) – Kevin