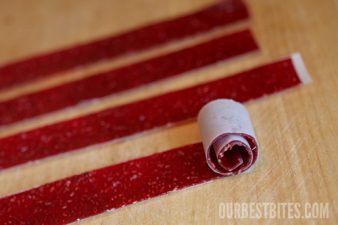 If you can’t read the water mark, this image is from ourbestbites.com

Chris & Kevin are in the stripped down Stunt Granny Studios ready to talk about the minor speed bump in the WWE’s good decisions. Why couldn’t they at least have a small package happen instead of three roll ups on the show? Isn’t a small package a more believable pinning combination any way? Did any of the roll ups even make sense in context to the story line it was supporting? Didn’t Ric Flair prove he could be a distraction against Charlotte this week instead of a help to her? Is there some good to be found in the show though? Is Big Cass stepping up to the plate in Enzo Amore‘s absence? How much fun have Dean Ambrose and Chris Jericho been? Is AJ Styles & The Club vs Roman Reigns & the Usos working? Speaking of work, who is out of it this week in the WWE? Are we going to see a Samien Dandow on the independent scene? Does Wade Barrett have the time to make it back to the WWE? Chris & Kevin end by talking about ROH’s interesting angle that occurred at Global Wars involving Adam Cole & the Bullet Club. Is he going to be under Kenny Omega? Will he sell more merchandise at ROH events now? Why did they decide to have War Machine lose the ROH Tag Team Titles after giving them a big win over the Briscoes at Global Wars? We know Christopher Daniels & Frankie Kazarian will be able to have good matches. You should know that you’ll be listening to a good podcast when you click the link below.