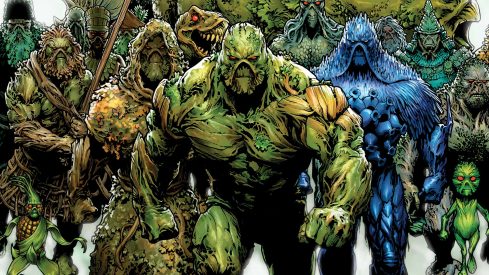 Chris, Jeremy and Kevin join up again to talk about the week in wrestling. They start with site favorite Luke Harper getting the chance to become the number 1 contender to AJ Styles‘s WWE Championship. did any of the guys think he had a realistic chance to win the match? Were they still disappointed? Were they even more disappointed that Dolph Ziggler won? Wouldn’t the Miz have been a good change of pace? Is Styles in a weird spot with John Cena not around and Randy Orton still teaming with Bray Wyatt? Speaking of Cena, how was his showing on Saturday Night Live? Since Kevin hadn’t watched yet, what is Jeremy’s recommendation? The guys move along to talk Raw. Is Braun Strowman going to end up in the same weird spot that Harper is in? Who would be a better trade comparison for Sami Zayn on Smackdown since Eva Marie is clearly more valuable? How well did New Day come out looking after their two tag team matches to retain the WWE Tag Team Championships? Is Kevin Owens one of the last true heels? Is it good that Chris Jericho as ditched the “The List” and “It” as catch phrases? The trio rounds out the show by talking about the in ring debut of King Maxel Hardy on this week’s Impact Wrestling. How weird is this child’s upbringing? How will his in ring debut work? How much has everyone enjoyed this goofy ride from Broken Matt Hardy & Brother Nero? Find out that and Jeremy’s excellent closing skills when you click the link below!