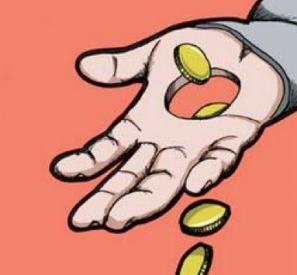 Woolies Is Coming Up Empty saved from RobertMontgomery.com

The WWE starts us off with a Memorial Day tribute, which is always well done. The Miz & Maryse are the first ones out from the back. He brings out Cesaro & Sheamus. He compliments them but also puts himself over. He compares them to him because the fans misunderstand them. So the Cesaro Section was not appreciating Cesaro? Dean Ambrose comes down and wants to pick a fight. The heels accept. Ambrose calls out Matt & Jeff Hardy. The faces quickly boot them out.

The only surprise about the six man match was when it’d happen on the show. Matt is taking a beating. Ambrose gets the first hot tag. Sheamus tries a behind the back tag but doesn’t get the benefit. Sheamus finally takes over on Ambrose but we don’t see any of it. Sheamus pulls the Hardyz off the apron so that the beating on Ambrose can continue. Jeff gets hot tag 2.0. They get in all of the finish spots. It ends with a Swanton Bomb for the win.

Kurt Angle and Corey Graves are checking on the Penguins score. Actually, it was a text about someone besmirching Angle’s good name. Angle basically says he did it since it could realy hurt him.

Elias Samson is entertaining but I still don’t know why he got called up. He is taking on Zack Evans. Booker T is talking about Samson being the next big thing in the WWE. That didn’t sink anyone else recently. Swinging Neck Breaker for impressive win. That was a long squash match.

Samoa Joe makes things more predictable. He’s watching Finn Balor‘s recovery to figure out where to break his body. As he starts to address, Bray Wyatt pops up and talks mumbo jumbo. He expects Samoa Joe to run. Balor doesn’t get mic time. He does however get to start against Joe. They trade some basic moves but Balor comes out on top. He tosses Wyatt back into the ring to fight Balor. Joe gets back into the fray when Balor goes for a pin. Balor takes a Suplex while Joe takes a power bomb and Wyatt is barely able to take advantage. Balor is getting beat up by both heels after a break. Wyatt finally flips on Joe. Balor finds his footing again only to have Joe flatten him. Balor recovers and punts Joe. Balor follows it up by drop kicking Wyatt into the barrier. Balor seconds it by hitting Joe. Balor gets Joe back in the ring. the action bounces back and forth with Wyatt coming in to make it a threesome. Sister Abigail on Joe. Balor Sling Blades Wyatt. Drop Kick into the corner. Coup De Grace. Joe tosses Balor out of the ring. Joe makes the pin for the win.

Seth Rollins knows Roman Reigns as well as anyone on the roster. He knows that it’s going to be war tonight. He’s always had Reigns number. He’s ready to make history again at Extreme Rules.

Noam Dar is joined by Alicia Fox. Rich Swann is joined by Sasha Banks. The tag match everyone was looking forward to at Extreme Rules. Fox jumps onto the apron. Banks pulls her off. Phoenix Splash by Swann for the win.

They show video of Akira Tozawa vs Brian Kendrick from 205 Live. Big Cass comes out and confronts Graves about alledging he attacked Enzo. Cass ends up shaking his hand and leaving but still looking angry.

Titus O’Neil is getting more hyped about the Titus Brand. Apollo Crews is still skeptical but he’s hanging around. O’Neil rolls up Kalisto with the trunks for the win.

Alexa Bliss gets to the the always terrible “This Is Your Life (Insert Name Here)” segment. She’s being “Whated” poorly. Could be because they’re in Greenville. I tune out from the teacher. Wow, an ex best friend. I FF thru the ex-boyfriend I’m assuming? Bayley finally comes down and attacks. Bayley goes for the kendo stick. Bliss pulls her down. Bayley takes one shot and rolls out of the ring.

Enzo Amore got attacked again. Big Cass blames The Revival a little too strongly for my liking.

Austin Aries & Jack Gallagher are taking on TJP & Neville. Gallagher is taking a beating after the break. He’s getting it from both Neville & TJP. Gallagher’s head butt creates an opening. Hot tag to Aries. Inverted Slam leads to an Aries cover. TJP trips Aries. Gallagher pulls down TJP. Neville takes out Gallagher. Aries connects with a Suicide Dive. Neville dodges a top rope drop kick. Last Chancery gets Neville to tap out. Neville can really be crowned king of the division if he wins.

Roman Reigns is talking about his yard. I hope he mowed it with the long weekend.

Goldust reached his breaking point. It’s the Golden Age. R Truth gets a rebuttal segment. What did we do as wrestling fans to deserve this? I kind of liked his part.

Seth Rollins comes out for his match with Roman Reigns. I dig the new modified Drive By that drop kicks the opponent into the post. Rollins got dumped outside during the break. Rollins fires up when Reigns goes for a Superman Punch. Rollins crashes into Reigns with forearms. Suicide Dive onto Reigns. Rollins goes for a spring board. He eats a Superman Punch. Rollins somehow kicks out. Rollins side steps a Spear. Side kick by Rollins for a two. Rollins Buckle Bombs Reigns. He fires back with a Superman Punch. Both men are down. Rollins side steps Reigns who crashes into the stairs. Blockbuster only gets Rollins two. Frog Splash only gets Rollins two. Rollins goes for the Rainmaker knee. Reigns turns it into a Spear for the win. It will likely not help him on Sunday. – Kevin DiFrango