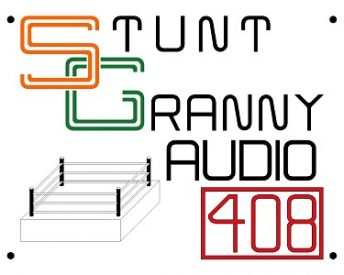 Chris & Kevin started the show by talking about the grueling schedule the WWE keeps while their overseas. How much does it hurt their product? Is that a reason why the fans have a tendency to go into business for themselves at these events? They use Raw as their jumping off point. How does WWE get around Braun Strowman‘s injury? He’s going to miss Extreme Rules at least but what if he misses the next PPV too? And was it surprising that Roman Reigns attacked the injured arm on Raw? Could Finn Balor get bumped from his feud with Bray Wyatt because of the injury? Do we have any interest in seeing Wyatt vs Reigns again so soon? Did Dean Ambrose & The Miz chew up enough scenery to help fill out the show? Is Seth Rollins finally starting to connect as a baby face? Did his match with Samoa Joe leave something to be desired? How brave of Hardyz was it to come out and confront Cesaro & Sheamus after they won four matches? How sarcastic is that sentence? Chris & Kevin move along to Smackdown Live where things weren’t much better. Is Charlotte being a reluctant baby face one of the few good things about the show? Have they presented the Welcoming Committee of Carmella, Tamina & Natalya well? Who out of those three will be the next to take on Naomi now that Charlotte is a baby face? Even if Sami Zayn is neurotic back stage, shouldn’t the WWE keep that part of his personality off of TV? Will he be more visible taking on Baron Corbin than he was on Raw? Jinder Mahal got the big win over Randy Orton that he needed in the main event to look relevant but is it still a bad look that Rusev is waiting in the wings? Kevin Owens and AJ Styles were the last part of the main event but were they given much to work with on this evening? Did Dolph Ziggler take The Miz’s promo that he was going to use against Shinsuke Nakamura? What else do Chris & Kevin talk about? Find out by clicking on the link below!