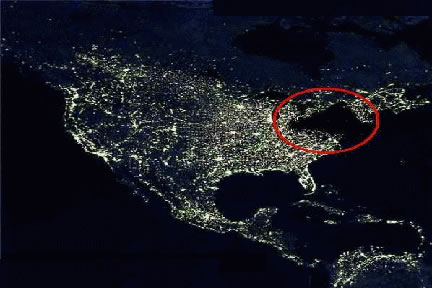 Except this time it was around Candlestick Park in San Francisco.

There was not a chance in hell this blog was going live, but I might be able to this quicker than I expected. A second power outage in San Fran during the Steelers at 49ers game. Big game. So, I’m starting this earlier than expected. Plus, I’ll be skipping out to watch again when they get power back. Glad @GrannyMaes warned me about Barrett looking like a drowned rat. CM Punk gets to announce the results of TLC with a drum roll. He starts with his match. Nice way to start the show. Can’t do it all of the time. It was an extremely good, dare I even say great match. Not an all timer or even the best of the year (I’d still reserve that for CM Punk against John Cena in Chicago.) He’s getting a great reaction. He is going to do the whole PPV. Zack Ryder gets introduced to another huge pop. Punk going right to Eric’s argument and mentioning the “heavyweights”. Punk saves Daniel Bryan for last. What a way to introduce this guy. Cole plays the irony card by bitching about Bryan. Lawler can only come up with “Let him enjoy his moment” defense. Pathetic. Lights are back on.

Back to Raw. Punk thought Philly would dig this moment more than other cities. ECW chant. He tells about him & Bryan wrestling in a tiny venue ten years ago. Zack gets the mic. Short bit. Bryan gets to yell at Cool. He’s showing good fire as he has recently. The Miz shows up. Then Ziggler. Then Alberto. We got our main event, huh? Johnny Wooden GM (not so interim) gives it to us. Del Rio sporting a new shirt. I kind of dig it. Looks like a peso.

Randy Orton in a rematch with Wade Barrett. Jer was wrong, I’m fine with Barrett’s hair because he just slicked it back. He let it be all wonky the time I made fun of him. Terrible idea for a rematch right after the pay per view. I don’t feel ripped off. Commercial break. Barrett in control after the break. Barrett is another victim of Smackdown needing a stepping stone before Orton level. Barrett is doing well for himself.

The game did not turn out to my liking. Whatever. Going to have to do it the hard route. Get the rest for the injured players. Back to the Orton versus Barrett match. Orton with the second rope DDT. Barrett going with the thumb to the eye. Glad someone could bring that back into style. Winds of Change. Did Barrett become Jeff Hardy? Wasteland thru the table. Good old fashioned heat. Kevin Nash is out for a minimum of six weeks, maybe career. He’s got a hell of a deal.

Alicia Fox takes on Beth Phoenix for the belt. Twitter mention. I’m drinking for sure. Holy crap. I typed that and didn’t see the win. The women’s division really sucks. She gets booed. Punk, the women’s division is not going to plan with your lady Beth on top. Or are they finally going to give Natty title time?

Sheamus takes on Jinder Mahal who is going old school in his own way. We love to hate rich foreigners, how about it Alberto? King reminds me that I watched this on Smackdown. Jinder looking sharp. His promo sucked. Seamus busts out the Celtic Cross so he got to lose on both shows to different finishers.

John Cena comes out after a series of Kane replays from last week. I am in full FF mode when someone isn’t talking or wrestling. Mitchell Cool & King don’t count. Cena starts cutsey but I’m starting to wonder if he’s playing it up more than he used to to get more boos. Cena calls out Kane. Mark Henry comes out instead. Sexual Chocolate chant gets a giggle from Lawler. Henry diffuses the chant well. Henry threatens Cena. Kane shows up. And attacks like he’s going to attack Henry. Kane goes after Cena. We lose King & Cool. Is he using a Claw? That’d be old school too. Kane strips him and leaves. Interesting.

We get another repeat Smackdown match, The Usos versus Primo & Epico. I’m still digging the war dance. Rosa Mendes is very attractive. Air Boom scouting back stage. Nice little touch. Jimmy looks to be getting a baby gut. Back stabber for Epico. What an ethnic filled night. Plain old white boy Cody Rhodes gets to talk. He runs down Booker then talks up the Royal Rumble. Santino brought him a present. The cobra is the gift. He plays his role.

They battle after the commercial break. Lawler gets another big smackdown of Cool by telling him to stop yelling. He’s pulling the irony card again. Santino pinned after an Alabama Slam. Stupid. Go Cross Rhodes.

The Bellas are in a segment with Johnny Wooden GM & David Otunga. Vickie makes the segment good. Hornie forces himself on her. She screams too much. Big Show gets asked the obvious question. Are they turning him heel? Big Show admits to advising Bryan. Matthews gets to ask an even stupider question. Show cracks his neck and leaves. Bryan is getting slapped down at some point. The Miz starts the intros.

The faces came in thru the crowd. CM Punk starts against the Miz. Cool playing the irony card again. That’s a three count and I may have let some slide. The faces get to dive onto the heels on the outside. It’d be a good time to mention that I didn’t tape the over run.I’m guessing this show dragged a little more. Boy, I do love doing these things so I can mow thru reruns and video packages. Cool is embarrassed and starts laughing. Thanks for giving away the joke jackass. You weren’t that funny that you should be laughing at yourself. And he did it again. What an awful commentator.  Ryder gets the hot tag from Bryan. Dolph took the beating the tagged out after recovering. Punk gets hot tag #2. Miz kicks out after the Big Elbow. Punk pulls out the Anaconda Vice. Del Rio is taking over and stop. Balls. -Kevin