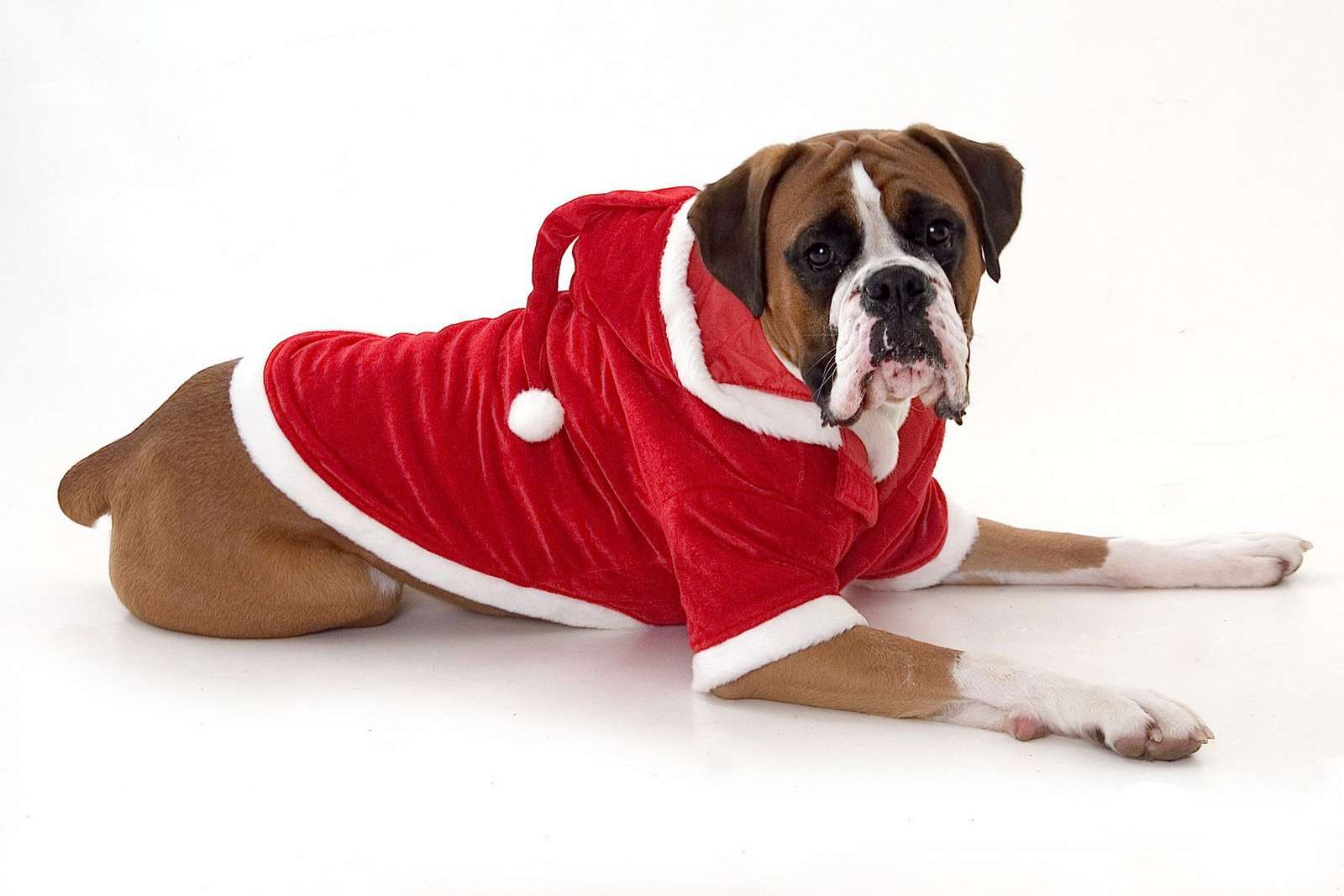 This kind of looks like my dog. Merry Christmas all over again.

I’m watching Impact Wrestling before starting this blog. I don’t get why the main event is a street fight. These guys don’t have this much built up tension and who cares if three heels don’t like Jeff Hardy? He’s been moved up the card too quickly and Roode still needs to prove himself as champ. Give him someone other than Hardy who is already pretty over. Roode needs to be built up more than Hardy. I doubt they humble Hardy by having him job. That outcome would be ideal though. I have no faith in TNA to do that though. I hope everyone had a good holiday weekend. I got to hang with plenty of friends and family. I missed my dogs but they’re down for the count now. Let’s roll.

Johnny Wooden GM comes out to CM Punk’s music. One of my colleagues said Punk tapped danced to a crappy segment already. Let’s see how this segment plays out. And put your initial on the @Stuntgranny feed you dumby. Johnny gives him the night off then calls it back. The segment was just kind of whatever. We know Punk isn’t going to fight Johnny tonight. Three matches is too much. Cool segment for the mystery person. I’m glad they’ve kept a lid on it and not revealed who it is. Speculation is rare these days.

Booker T takes on Cody Rhodes. This match gets downgraded from PPV too. I still haven’t watched Smackdown as they show a replay from the match between Rhodes & Zack Ryder. Cool trying to be too cool but Lawler finally calls him on it and corrects his history. Rare praise for Lawler. Twitter trend. I’m not drinking. They get a commercial break. That’s surprising but a good way to get them to a PPV. Lawler doing a good job defending the aging wrestler. Cool does the unspeakable and says a Cody win is inevitable. Always a sure sign the aggressor will lose. Booker kicks out at the last second. Cody loses to Booker. They put over Booker as the underdog. It’ll be good to have Rhodes win the war in a PPV match, hopefully. Zack Ryder thanks John Cena for starting his career. Cena tells him it’s Zack being ready for his moment. Cena tells Kane the year is going to end in a bang. The three opponents get a title shot next week. The opponents are Jack Swagger, Dolph Ziggler & Mark Henry. Is Henry still hurt? Can Punk actually pull this off? Weird Kelly Kelly, Big Show & Scott Armstrong segment.

Big Show needs to explain knocking out David Otunga on Smackdown. Otunga talks big. Show is going to fight him with one arm tied behind his back. What we always need too, more Johnny Wooden GM. Ziggler starts mocking Swagger. Vickie breaks up the bickering. She gets them to screw their heads on straight. Henry is walking thru to complete the dumb segment. The heels ran each other down for no real reason. Eve & Ryder are teaming together.

They take on Natalya & Tyson Kidd after the break. Hot damn, how predictable. Good win for Ryder or Eve, I suppose. July has the 1000th Raw. Good idea to start hyping it now. That’ll be three fun hours of drinking. Rough Ryder for the win. That would have been my choice too. Eve gets to fist pump. May as well use her as a valet.

John Cena comes to the ring. The Miz allows Kane to not answer for another week. Miz admits that his win at Wrestlemania was tainted by the Rock’s interference. Cena accepts the Miz’s challenge. The Miz yells at the crowd for chanting the wrong man’s name. I like it. He still needs a big win which he won’t get unless Kane interferes. The Miz gets counted out and reverses course on having to win. Yuck, he has to go for a Bears reference? Truth comes back and attacks Miz. Hopefully this opponent helps move Miz up the card permanently. Why is Miz getting such a good beating? Truth trying to be good guy crazy. It’s not working. 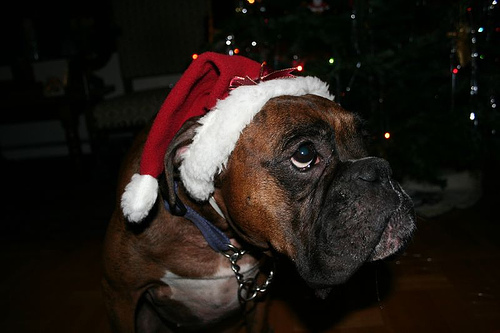 Kane will be on the program. Big Show is out next. I hope Otunga is smart enough to have the right arm bound. Otunga’s music is awful. Lawler tells us the match is stupid. Cool tries to defend it. Mark Henry hits the ring. The referee should have helped after he rang the bell. He had plenty of time. Bryan comes down and distracts Henry. Otunga still gets choke slammed. Our weekly, please watch Smackdown segment.

Alberto Del Rio runs down his accomplishments. He has been injured. His character still needs something other than “I’m rich” to go on. I got Shawn vs. Bret for Christmas. I’ll have to view that in between crappy bowl games this week. Nikki & Brie Bella ask for respect for Del Rio. Why do they keep doing this then having him reject them? I don’t get it. It’s a waste of time. It’s not getting him heat for send them off.

Gauntlet match time because Kane is the main event still. We wondered if Punk and the new guys would get blamed for bad ratings. Jack Swagger is getting sold but no one, even a hot crowd, is buying it. Swagger worked out of a GTS but catches a high kick kick for the loss. My boy Dolph comes out. Swagger attacks Punk’s leg. They’re giving him an out. The crowd is in it when we hit commercial.

Ziggler has been working it over during the break apparently. He’s still working it over after the break. I’m just tired at this point. It’s been a long day driving back from Altoona. Punk coming back. Rocker dropper only gets Ziggler a two count. Johnny Wooden GM grabs the mic. He boots Vickie & Swagger. Zig Zag while Punk is distracted. Nice. Cool actually has good deniability since he did boot Vickie & Jack. 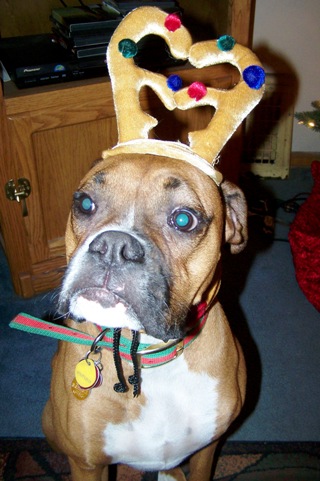 The Best of the King of the Ring. Brock Lesnar won here in Columbus. They stopped for a while after that. Kane saunters out to the ring. Please tell me he wasn’t going to give the old, the crowd is the one who truly wears a mask speeches? Kane is offended by Cena’s motto. He tells Cena the boos are getting to him. I still don’t understand this story. Unless they are planting the seeds for a change. I doubt that’ll happen. He has plenty of fans or else there wouldn’t be duel chants for and against him. Why does he need to embrace the boos? Again, I’d like it. -Kevin