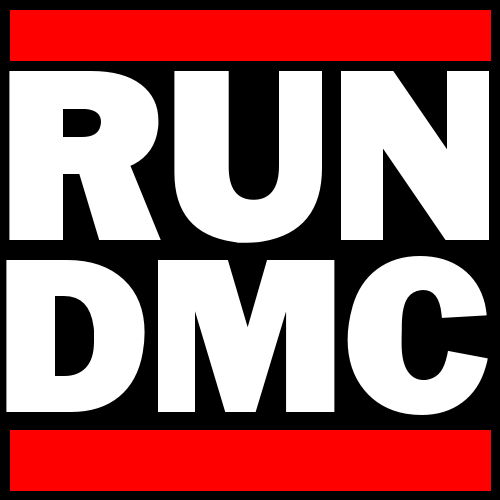 Velvet Sky is the latest to steal this iconic design.

We get review from last week then a brawl between Jeff Hardy and Bully Ray. A brawl to start this show is almost as predictable as the WWE starting with a 10-15 minute yapfest. Jeff just used a short broom. Kind of like the short bus he took to school. Nice to know there’s a storage room with all of Abyss’s goodies in it. Naturally, Bobby Roode is the only person to pull up and see this brawl happening. James Storm‘s Spidey Sense must have been tingling to let him know that Jeff was in trouble. Sting must have Spidey Sense too. He shouldn’t be attacking anyone anymore.

Velvet Sky, Tara and Mickie James are in a three way dance for a title shot. I honestly thought Mickie earned that last week. We get a commercial before much of anything happens. Wow, Tara wins after using Velvet to nail Mickie with a side slam sandwich. That was surprising. They could have used to hype her more recently. Gail Kim brags for a bit. It’s just weird that she’s looking away from the camera. I was fine with the message.

We get a replay of the opener. I hate this quick of a replay no matter what league. Hardy looks to be in really good shape. Not sure he’s ever been this toned up. Sting calls out Roode & Bully Ray. They have a mini-brawl that Sting breaks up. I can handle that. Of course the imaginary line doesn’t work. They need to get better at teasing what might happen on the show unless it was announced the week before. Tag team tables match is our main event. Alex Shelley says that Zima Ion isn’t up to snuff yet. Alex is more polished but Zima will get there if he keeps working.

Eric Young thinks a stage hand is Sammy Davis. Winter & Angelina Love apologize to EY. They start hitting on him. He was wearing a cup. Could do worse in the comedy department. Zema comes out. The crowd goes mild for Shelley. Taz & Tenay are playing up the rust card. Always appropriate. Wait, did I just say Tenay did something right? OK, glad this match isn’t a squash. Zema getting in some offense. Sliced Bread wins the match. No surprise. AJ Styles knows that everyone has a reason to blame him. Tara is pumped for her match against Gail. She also isn’t looking into the camera. Eric Bischoff goes to see Garrett training. Oh, what a tease. Not.

Oh my lord, the tease had mostly the ending. Eric explains the segment after the break. How dumb. Eric tells the camera to get out of there before we can see it. Tenay redeems my opinion on him by saying “Damn” with about as much conviction as a stone. Winter & Angelina Love take on ODB & EY. This match is supposed to keep me hooked, really? And it’s the mid-main event? Wow, just wow. The comedy act is fine. It should never be in the mid-main event. I’m walking away to tend to my pasta. My DVR was actually angry with the match and gacked it up. Stereo airplane spins. ODB gets the pin. The placement is pissing me off too much. It’s a fine enough for what it is. Bully Ray thinks that James Storm just grew a set. Why would Roode question it? He’s been in plenty of brawls, why would he be afraid of Bully?

Crimson & Matt Morgan are pissed at Brutus & Samoa Joe. This just seems like this feud shouldn’t be reviewed. Isn’t this more of a week before the pay per view move? Samoa Joe is taking on Matt Morgan. If memory serves, Crimson won last week so Morgan needs to take this pin. I just looked up Wembley Arena which is where iMPACT Wrestling is at in London. It seats 12,500. Is it going to be too big or should they play larger venues in the US? They wrestle at the Ice Haus here in Columbus. Oh my lord, Morgan wins with a discus clothesline. These guys look like bozos. I don’t care if they’ve beat them down for two weeks in a row. Back to the seating, the Ice Haus can’t even be half of that size. Are they expecting a huge crowd? Too big? I think they’re taping there so we should find out.

James Storm & Jeff Hardy are going to beat them in a tables match. Not their best work. Could have been worse too. AJ Styles wants answers. Please don’t find them out tonight. It’s too early, drag this puppy out. Even if I still think Daniels should have had this info he’s hanging over Kazarian during the original split. While I glaze over, they talked. Daniels makes a match between Kazarian & AJ at the next PPV.

The main event starts with plenty of time left. Storm & Hardy vs Roode & Bully Ray just so I can highlight something. It starts with them all brawling on the outside. The main event was there. Bully Ray really should have busted out the chair earlier if it was going to be this effective. I would dig Hardy taking on Bully Ray if he hadn’t already fought for the belt. Same thing with Storm being thrown off the title belt hunt. I suppose I should be happy they got it back on track. -Kevin