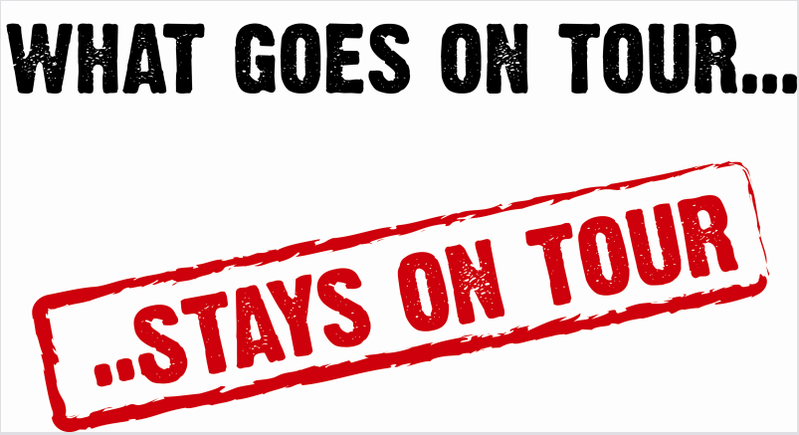 – I am kindly requesting that anyone using Twitter stop asking Jim Ross if he’s going to be at “Insert WWE Event Here” in this case Old School Raw. The WWE doesn’t want him around. If you ask Ross this question, I will be sure to send one of our minions out to chop your fingers off. If you then get skilled enough to type with your toes, I will send out another minion (I can’t have them get noticed) to remove all of your toes. If you’re so dedicated to professional wrestling and learn how to type with your nose, you will be killed by a third minion then dropped off in the bed of the next person that asks Jim Ross whether he’ll be at the next event in Oklahoma City.

– I read on Prowrestling.net, by way of PWInsider.com, that TNA Impact was unable to secure a sound stage at Universal Studios. I’m sure everyone believe Dixie Carter and her mother now that they’re not looking to sell the company. I’m sure every business is turned away by their largest supporter.

– Speaking of TNA, our good buddy Jeff Jarrett will return to the ring with his lovely wife Karen Jarrett for USA Championship Wrestling. I’m sure it’s just a primer for his special Royal Rumble appearance. I’m sure everyone would mark out for him like they did for Kevin Nash when he came back. Except they’d mark out for Jarrett when he’s the fastest man ever eliminated.

– I hate headline writers. I mention this because there was a header on Dot Net “ROH New: Current Champion Unable To Appear At Television Tapings” which I was bummed about because I thought it meant no Adam Cole. He is one of the few things to look forward to watching that dreadful product. Fortunately, the headline was marginally misleading because it was Kyle O’Reilly, half of the tag team champions, who won’t be at the tapings. I do like him as a wrestler but reDRagon has barely been on TV recently. No big loss. We’ll get to see another dozen matches between C & C Wrestle Factory and umm, hmmm, since ROH has the greatest tag team division in professional wrestling.

– Since we hop scotched over to ROH, let’s talk about AJ Styles. If for some reason you didn’t see Roderick Strong incorrectly hold onto Styles’s legs during a Styles Clash go to jdew1492’s Instagram account. I’ll hope that all of that working out he does in his gym in Tampa included neck strengthening exercises. If he’s out for an extended period of time, at least AJ Styles can rip off Zema Ion’s angle when he broke Jesse Sorensen’s neck. Should we take bets on whether ROH would let Roderick Strong go like TNA did to Sorensen? I’m sure Dan Kuester can give us a good over under for that bet. – Kevin