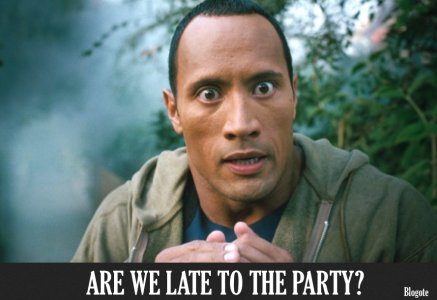 This screen cap is brought to you by blogote.com if you couldn’t tell.

Chris & Kevin recorded a podcast so that they could be the last ones in the internet wrestling community to talk about the Royal Rumble and the blizzard edition of Raw. They talk about how it was amusing that the WWE passed the hump of one million subscribers despite the nerd rage that lead some to cancel the WWE Network. Will the Network get more subscribers for Wrestlemania? Would it be smart to just get the Network during Wrestlemania season since that’s the only time the WWE writers show up? Only three matches are set up for Wrestlemania, so what will Dean Ambrose, Seth Rollins, Daniel Bryan and Dolph Ziggler be doing? Why do Chris & Kevin start talking about Ring of Honor? Would Jay Briscoe translate to the WWE? Speaking of ROH, what did Chris think of the most recent episode of NXT? Did Kevin take his advice to start watching the show? Will Kevin be hitting the NXT show coming to Columbus in March? Find out the answers to these questions and more when you click on the link below!