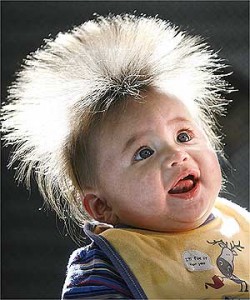 I didn’t feel like typing while the event was going on so I decided to write this column after Wrestlemania. I watched almost the entire event including the pre-show. Jeremy & I didn’t make a prediction for the Tag Team Title match but I can’t say I’m surprised that Cesaro & Tyson Kidd retained their belts. Cesaro sneaking in a tag on Jey’s leg then taking the pin fall from him ensures a renewed rivalry between the two and even though it’s a repeat, I’ll take it.

Famous last words I’m pretty sure I spoke during the podcast – There’s no way Kane or Big Show wins this thing even though they’re always predicted to win it.

Actual Analysis: The WWE clearly wanted to high light the feud between the Miz & Damien Mizdow to be the center piece of the ending. Ryback got tossed by Big Show to lead to the show down of the three. After Mizdow finally turned on The Miz, he was forced to face Big Show alone which isn’t exactly the smartest plan. It’d also hurt the Miz more if he lost the chance at glory. I’m still surprised by the winner but since the winner gets pooped on, Big Show is a perfect choice.

Actual Analysis: No big surprise here in my opinion. Dolph Ziggler (please don’t stick with the braided hair) and Daniel Bryan fought it out on the top of a ladder to lay claim to the IC Title. Bryan is still the most over person in the company. As I’ve been saying since this idea seemed to be coming into formation, Bryan is the only person with enough popularity to make this belt relevant again. Considering they had a segment later with a bunch of the old IC Title holders, it seems to be their intention but I’ll believe it when I see it.

Famous last words I’m pretty sure I spoke during the podcast – What is Seth Rollins going to do if he loses this match?

Actual Analysis: Randy Orton got in two fantastic RKOs in this match. The finisher on Rollins using his own momentum from a Curb Stomp was fantastic. Considering what did happen in the main event, it’s always fun to set up a number of challengers for a chicken shit heel champion. Orton will be in that long line and will likely lose to give Rollins legitimacy to his title reign.

Famous last words I’m pretty sure I spoke during the podcast – If I were Sting, I wouldn’t sign that contract if I weren’t winning.

Actual Analysis: Sting must really need money or desperately wanted to be on the Wrestlemania card. The WWE brought the Old School entertainment by bringing out Degeneration X & Shawn Michaels for HHH and the nWo for Sting which is a head scracther since he fought them. Even the nWo guys fighting DX flies in the face of all logic on WWE TV within the last few years but whatever. It was a fun nostalgia match. Sting held up his end of the bargain and dare I say he didn’t need the bells & whistles that came with the match. It’s really sad though that Vince needed to have the WWE go over. I won’t lose any sleep over the outcome though.

Actual Analysis: This match was there. It didn’t get cut back as much as Jeremy & I had assumed it would. AJ Lee got the submission victory on Nikki to set up their feud over the Divas Title.

Rusev defending the US Title vs John Cena –

Actual Analysis: I enjoyed this match quite a bit. The ending with Rusev running into Lana then Cena finishing him off seems to be leading to Rusev dumping Lana which I’m not exactly a fan of. I enjoy his work on the mic but I’m not sure he can do all of the heavy lifting on his own. Rusev continues to impress and has time to bounce back. The WWE hasn’t allowed that too much other than Roman Reigns so we’ll see. Ryback couldn’t even be granted the Andre The Giant Battle Royal Title. No one is safe from the WWE free fall after they are built up.

The Rock & Ronda Rousey vs HHH & Stephanie McMahon – I honestly didn’t listen to Stephanie talk as I was watching The Walking Dead and figured she wasn’t saying anything important. When I unmuted my TV as The Rock came on, I found out I was correct. She was just bloviating to kill time. Everyone played their role well and it was an enjoyable breather before the two big matches.

The Undertaker vs Bray Wyatt –

Famous last words I’m pretty sure I spoke during the podcast – What is Bray Wyatt going to do if he loses this match?

Actual Analysis: No seriously, what is Bray Wyatt supposed to do now? He won his feud against Chris Jericho but also took a few loses in the process. He definitively defeated Dean Ambrose but he isn’t exactly rocketing up the card even with a lot of popularity. Wyatt has been for the most part, a big talker with nothing to back it up. The Undertaker gets some traction back but he shows up less than Brock Lesnar. Why does he need traction? The WWE needs to invest in it’s future stars, not their past stars. The match proper was better than I was expecting so kudos to those gentlemen putting on a good show for the next to last match.

Famous last words I’m pretty sure I spoke during the podcast – Wouldn’t it be fun if Seth Rollins came in and beat Reigns after he won the WWE Title? The crowd would go nuts.

Actual Analysis: The WWE didn’t take our idea directly but it was certainly in that vein. Brock Lesnar established his dominance through out most of the match. When Reigns did start to get his offense, it was only because Lesnar was being too cocky and allowed himself to be driven head first into the ring post. Rollins coming down when both men were down was a stroke of genius on his part. Reigns gets to claim that Rollins took the short cut after a grueling match, Lesnar can complain he was never pinned and Orton is still hanging around since he beat Rollins earlier in the evening. The crowd did go pretty nuts too.