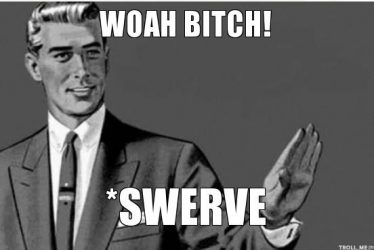 Created on Troll.me by someone other than us.

Chris, Jeremy & Kevin join forces for a show that is a swerve itself. They start by talking about the possibility of Ric Flair going off script at the Smackdown tapings. Will this be a straw that helps get him out of Charlotte’s corner? How do the guys jump to JBL, Michael Cole and Byron Saxton? Would Corey Graves & Tom Phillips keep all of their good qualities if they got moved to Smackdown or Raw? Chris & Kevin have to explain Mr. Wrestling III to Jeremy to continue the announcer talk to ROH. They get around to address Bret Hart‘s recent criticism of the WWE product. Could there be some behind the scenes maneuvering that is pissing off Hart? Is he more unlike-able or his his niece Natalya Neidhart? Doesn’t Vince McMahon get off on seeing people suffer? The guys move on to the speculation that Finn Balor is behind the actions of Karl Anderson & Luke Gallows? Would it be more fun if it were AJ Styles? Who else could be behind their actions? Would that be too many new guys if Balor came up? Is Shane McMahon really behind the call up of all of the new talent? Wouldn’t The Authority have to shut down some of new talent if they came back? Why was it that only Stephanie McMahon showed up? Who gets to mention Booty O’s? Can Apollo Crews stop smiling so much? Will the crowd turn on him for that? The crowd has certainly turned against Roman Reigns when even the popular Usos get booed because of their association with you.  Is Dean Ambrose the only one to still be cheered while being associated with Reigns? Wouldn’t it be fun if he were behind the actions of Anderson & Gallows? What else do Chris, Jeremy & Kevin cover? Find out by clicking the link below!