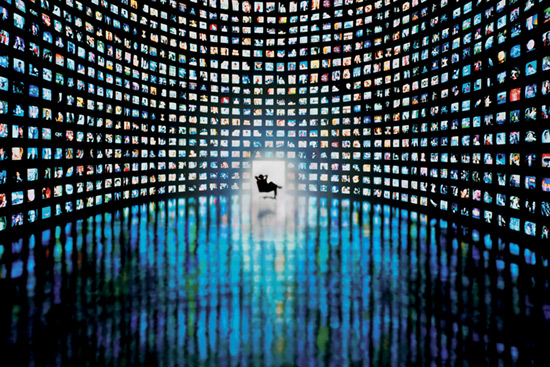 I could only find a picture with 1000 televisions.

As usual, I’m starting my viewing a little bit late. I had to go get beer and walk my dogs. The box of beer I got has a quote from Hunter S. Thompson on it – “Good people drink good beer.” Amen. I’m sucking down Flying Dog In Heat Wheat Hefeweizen. Check for my review later in our forum, which is free.

I must admit that I’m surprised that the 900th episode didn’t warrant three hours of television. It’d suck if it were that long. Just like three hours of TNA is too long on Thursday nights. Check our Audio from last week to hear more about that subject.

We start off with Bret Hart yapping. Now Kane is running down Undertaker and Hart. He’s been doing a solid job on the mic recently. Glad to know the Hart Dynasty is still alive.  Of course Kane is going to give us no satisfaction in the match department. Wait, Bret isn’t fit to wrestle Nexus but he can wrestle the Undertaker? Huh? What a shitty main event.

Highlights of Episode #1 which I in no way watched. Seeing Yokozuna made me remember that The Pensblog showed the Penguins old defenseman Peter Taglianetti tried to slam him before Lex Luger did.

Highlights of the immortal Steve Austin driving the Zamboni from episode #279. Wow, I’ve caught more of this 900 than I thought. Austin could have highlights all night long but I figure they’ll spread out the star power.

Triple Threat Tag Team match with all of the finalists from NXT. Nice promotional tool. A-Ri has got to be the dumbest name shortening. Is anyone surprised Michael Cole came up with it? See now this match highlighted the problem with Michael Cole. He giggles like a school girl and pops for all of the faces in all of the segments before hand then switches to blowing the Miz, which he is doing well. It just doesn’t fit his pattern of cheering. He even ripped on the fans last week which I’m sure he’ll compliment later. The match was solid for a three way clusterfuck.

One can only hope this flawless idea is making both of the Diva’s Belts into one much like the Tag Team Championships. That match sucked more than most women’s matches. Thank goodness. They don’t have enough women to have two divisions. Why does a lumberjack (jills, moron) match solve anything? I’m sure the Divas will be happy to have the extra PPV dough.

Seriously, The Nexus angle? I’m glad they admitted to Sheffield’s injury. Barrett is doing great work on the mic. Tarver is solid on the mic but all of these guys need some legit wins. Where’s Primo and Chavo for some jobs?

Episode #850 with the man, the myth and the legend Bob Barker. Nice of them to feed another highlight into an existing angle.  Interesting proposal by Jericho. I hope he wins the title because he needs to keep rolling. The guy hasn’t ever been better.

Morrison is back to challenging for the Tag Titles with R-Truth? Michael Cole is fed up with Truth’s act so I have to give him some points for that. Did the WWE and Cole listen to my suggestions last week? I’m glad Warehouse 13 was smart enough to severly limit the Dashing One’s appearance on their show. Joanna Kelly is kind of hot. I’m glad King brought up JR’s part in Raw. Neither of these teams does much for me but I’d guess, oh, the referee rang the bell before I could complete that thought. Rhodes and  McIntyre are getting pushed as sngles o I figured Morrison & R-Truth would win. 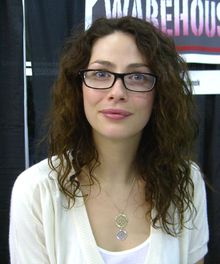 I can’t wait for them to yank UT vs. Hart. Cole did a solid job of reading off the telepromoter to mention all of UT’s memorable moments. He really should have skipped the Corporate Ministry. That did lead to my friend’s drunken idea about creating the Heartbreak Ministry. Nice Barrett of to interrupt. Now Kane. Saw that one coming. Poor Undertaker is rownry. Nexus part 2. Kane part 2. Not exactly the victory I was wanting for Nexus. Too camera tricky. Even the crowd doesn’t seem to be buying it. The crowd does get a Nexus sucks chant. Still not liking them needing help for the beat down.

Jack Swagger is getting some Raw time. Ahh, the insert city here insult, works like a charm. He’s wrestling the Where has he gone also? Evan Bourne. I’m not sure a win does anyone any good. Cole likes Del Rio? They really are catching on with Cole’s character. Neither of these guys deserves this treatment. Bourne starts to get over and he gets taken off TV. Swagger has a good run with the Title and he gets booted from TV. Del Rio gets a win over Mysterio and takes him out. Life isn’t fair. Bourne gets his ass kicked twice in one night. Cole, don’t whimp out now. Root for Del Rio. I knew you idiots would fuck it up because Cole sucks. You can only cover the stench of shit for so long.

Nice pimping of their trip to China. I need to ask my room mate if any of his friend’s back home went to the events.

That Rock segment still sucked. I don’t care how high it was rated. What did I say about Cole, he’d schmooze up to the crowd after insulting them earlier. Yuck. Now he’s hating on CM Punk. Make your damn mind up Cole. Punk’s two words were awesome. Great segment to hand Punk. Let him judge people while pimping Raw. I’m still trying to figure out what the tattoo is behind Punk’s left ear. There’s a 31 above it. Kind of looks like a baseball diamond. Punk falling on the ground laughing is awesome. Nice of Big Show to rip on himself. Good way to plug other Superstars like Guerrero. Poor Luke Gallows always gets tossed around.

There has been a lot of HHH foreshadowing tonight. Good insult to the town without being cheap since Sheamus probably is one of the few true Irishman in Boston.  This elimination match is going to be real short if all of the competitors get to yap. I’m an idiot. Forgot that Jericho & Barrett got their own speeches earlier. Finally caught up to the coverage. Would have done sooner if I had used more than just 2 FF clicks on the DVR. Why would I want to watch commercials though?

Finally seeing some commercials did allow me to grab a second beer, Amber Lager from Flying Dog. Team discord. Big surprise. Weird of Sheamus to stick around really. And he takes a tag from Cena. What the fuck? Doesn’t he hate Cena? He hates Orton too. Sheamus is getting the beat down for a hot tag later? Even stranger. Sheamus takes the pin fall? Wow, this may be what the doctor ordered for Nexus. Good work by Barrett to get all over Cena after the pin. Holy shit?!? Gabriel gets the pin on Cena. The crowd is going bananas for Orton. Barrett takes advantage after a pinfall again. It’s harder to swallow this time since Orton was just on fire and then it only takes one move to finish him? It’s great work to get over Nexus but that part is pretty lame. You might catch me on the audio later this week. Who knows. Enjoy your night. I’m going to finish the rest of my beer. – Kevin