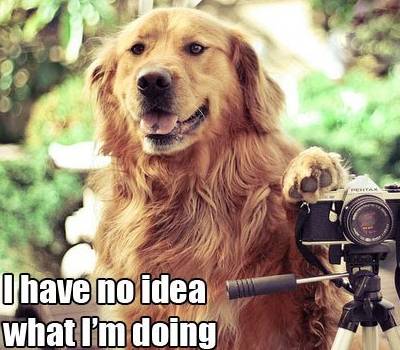 I don’t have an idea for my introduction so piss off. Let’s roll.

John Cena comes out to a big ovation. You can still telling he’s favoring the right elbow. We got a three man booth of JBL, Mitchell Cool and Jim Ross. I think I can handle that. Cena shouldn’t be allowed out to babble. That guy has more focus problems than someone with ADHD. The crowd is moving over to more boos for CM Punk. The male demo is still trying. Most of us are choosing intelligently to leave. I’m obviously not intelligent. Ryback comes up after Cena wraps up. Wow, why is he wrestling Rosa Mendes with Epico & Primo? The WWE is rebuilding the tag team division now they’re going to crap on it. At least the WWE is consistent with something. Ryback wins by gently laying down E&P on their backs. Shell Shock is not a good name for that finisher.

Brodus Clay gets his full entrance but has been downgraded to wearing WWE paraphernalia. He’s wrestling R Truth. The segment Jeremy texted me better make up for this train wreck. Vince McMahon shows up to boot them from the ring. That is how desperate they are to fill time.

I blow thru Vince McMahon‘s entrance. Hahahahahahahahahahahahaha. Vince introduces CM Punk perfectly by saying the action mattered which obviously got my reaction. I’m glad Vince told Punk that’s an ugly shirt. He finally whiffed on one shirt. The announcers have done a piss poor job of filling in the fact that Punk didn’t really win against Cena the last time. The fact that people are turning on Punk as much as they are is a testament to the quality of work he’s doing. The internet just wet himself again with the mention of “Stone Cold” Steve Austin. Vince sold that slap a bit more than he needed to. Ah, the firing is too good for you. I hate that logic. It should be a fun match between them. Not sold on Jeremy’s fanboy alert even though it was a really good segment.

JBL is quite the salesman. Arnold Schwarzenegger is everywhere these days. The Prime Time Players are in the ring when Rey Mysterio gets introduced. Sin Cara is going to get his own entrance. Shouldn’t you just intro both of them as teams? The half mask deal that Rey & Sin Cara are wearing look stupid. Young starts against Sin Cara. Nothing happens before the break. Rey looked at Titus as he came in and did nothing about it other than allowing Titus to break up the pin. Rey gets the pin after the 619 & Dropping The Dime. Good choice name wise but I like PTP better. Sin Cara is slowly getting better but still has a way to go. Paul Heyman tells Punk it’s a must lose situation. Punk, listen to your man. He didn’t say you can’t win. Heyman said if you win, your life will be a pain in the ass.

Thanks for giving us a recap of the first hour at the top of the hour. For some reason unknown to any wrestling fan, Sheamus is taking on Wade Barrett. The later should win with some shenanigans if things are right in the world. Big Show pops out so that idea has a good chance of happening. Barrett takes control at the break. Something kind of happened. They are really pushing the Ireland vs England. They are giving Barrett a whole lot of offense. This match might work out even with a Barrett loss. Tensai causes the DQ. Barrett & him team up while Show saunters away. Ouch, Sheamus is going to be seeing some serious stars. I didn’t thump my head that hard and ended up with a concussion.

Punk talks to AJ Lee. Punk is going to break every limb. Yep, sure hoss. Why would the board blame her when Vince made the match? More filler with Cena on Michael & Kelly.

They get to further devalue the tag team division by letting Tyson Kidd lose to Antonio Cesaro. The segment was OK. They’re moving in the right direction. It wasn’t the best segment but far better than saying things in five languages. Solid match but the outcome is given. I feel bad for Kidd. The double guns can go away.

Dolph Ziggler tweeted with “Arnold”. I’m sure he’s doing it and not an assistant. Alberto Del Rio, Daniel Bryan & Kane all get their separate introductions. I figured the commercial break would come during the Bryan/Kane argument. Ziggler and Bryan start out. Del Rio & Kane are the second dose. You can tell Bryan is trying not to enjoy the “Yes! No!” back and forth now. The first pair are back in the ring after the break. JBL is selling everyone tonight. Is it bad to say we’ve benefited from Jerry Lawler’s heart attack? Bryan ends up selling for the baby faces because Kane isn’t going to. Bryan trying to make a hot tag. I’m glad JBL slipped in a Mike Tomlin and Ben Roethlisberger reference in there about manager’s talking. Hot tag Kane. The change from oddball to baby face team has officially finished. Dolph only gets two after a Rocker Dropper. That spill Del Rio takes always looks rough. I see him land on his back, but ouch. Dolph takes the choke slam for a Kane & Bryan win. JBL killing the description about them after the match.

Jim Ross talks to Vince McMahon about being a friend. Vince asks JR to call the match. I laugh when JR gives him a pep talk. They trade catch phrases from other people.

Larry King is on stage with his wife. The Miz interrupts him. Larry brings in a new guest, Kofi Kingston. Kofi may be getting out of the tag team scene. Truth was looking lonely earlier except for little Jimmy. Shawn makes big eyes then gets sassy. Kofi attacks they end with a run away fight. Woof.

Santino & Zack Ryder comes down to lose to Cody Rhodes & Damien Sandow. Ryder & Rhodes start things out. Disaster Kick wins it for the Rhodes Scholars. The match was good for what it was. Jinder Mahal, Heath Slater Drew McIntyre assault Santino after the match. They pretty much leave Ryder alone. Paul Heyman apologizes to Vince McMahon for what CM punk is going to do to him. He invokes the Brock Lesnar and HHH comparison. Solid segment.

Eve Torres is defending the Diva’s Title against Kaitlyn. For some reason unknown to any wrestling fan, Layla El is back behind the announce booth. Kaitlyn looking like a bruiser (in a good way) when she shoulder blocked Eve. Kaitlyn going with the Torture Rack. Interesting. I’m really digging Kaitlyn in the ring tonight. Eve sticks with the heel hook. Even after the bell. Um, isn’t this the big tell that she’s a heel still for sure? JBL helping to sell it. Alberto Del Rio gets more air time. Yuck. He ends up being a wall flower for a Josh Matthews promo and announcement that Randy Orton will be on Smackdown.

Larry & Shawn King run into Daniel Bryan. He talks to him about looking like a goat. Bryan hits on Shawn. The caller thing King is doing is sort of funny. Kane interrupts. The fruit roll up joke is hilarious. Kane going for Skeletor. The Kings are good sports. Heyman tells Punk to incapacitate him. Hasn’t Punk been saying that all night?

Vince McMahon comes out first and attacked from behind by Punk. Mitchell Cool being a baby face is so strange. JBL is going into the deep end to defend McMahon. This match got really silly when Punk had to start selling. McMahon stands tall in the ring with a kendo stick. McMahon decks Heyman. People chant this is awesome, sort of. They shouldn’t have even gone in that far. Punk low blows Vince to get the upper hand. Ryback comes out to save McMahon. Punk ducks out. Cena tosses Punk back into the ring. They wisely let CM Punk to slip out of Shell Shock. Punk has to choose between the two for who he’ll face at HIAC. Good way to go with the decision. Find out how Cena’s elbow is. Not looking good from what I witnessed. -Kevin