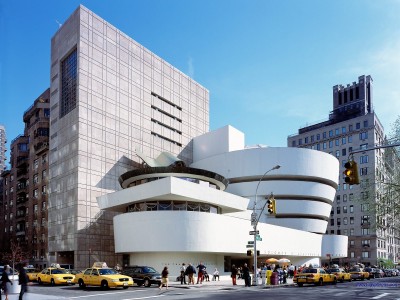 – Chris Melendez, a former Marine sergeant, debuted against DJ Z. Melendez was trained at the 3D Academy. He is limited with his mobility because of a metal leg but they trained him well. His move set was limited though. Melendez did win with a Samoan Drop for example. I’m thinking he’ll be limited but that’s judging things entirely too easy. I should let him get in a promo at least.

– Bobby Roode didn’t get much of a promo before MVP, Kenny King and Lashley came out. If Lashley had lost in Bellator, I’m thinking it’d matter as much as Michael Elgin jobbing to Trevor Lee in Pro Wrestling Guerrilla. I would have had a good laugh if it had happened. Roode came back with a very John Cena “Heart” promo against Lashley. He shouldn’t be giving up on his own size so easily. Cena (6′-1″, 250) is clearly smaller than Brock Lesnar (6′-3″, 286). Roode (6′-1″, 240) is much closer in size to Lashley (6′-2″, 245). Naturally the baby face got attacked and he was saved by Eric Young & Samoa Joe. Presto kids, we’ve got a six man tag match. Roode got the pin fall on MVP. I would have jobbed out Kenny King again to save that match up for later down the line. Roode needs to look threatening so no skin off my back.

– Crazy Steve, Knux & Rebel are taking on Jesse, Robbie E & Velvet Sky. I’m watching the match with complete disinterest. They’re hocking 2015 calendars already? I’ve seen too much creep from pumpkin beers. We don’t need a calendar three months out. Rebel is not good in the ring. She can’t even body slam correctly. Velvet Sky stole the win with help from Angelina Love. I’m so glad Rebel didn’t get the pin. She shouldn’t see a ring again for a long time.

– Kurt Angle called out EC3. I’ve been fine with EC3’s suit choices until tonight. The pink doesn’t match the off beige jacket. At all. Angle gives him a street fight with Rhino. TNA is doing a good job of building up EC3. He beat Rhino in a match more suited for his opponent and out of the blue.

– I’m not sure why they’re building up Bro Mans with the Beautiful People but at the same time driving a wedge between Angelina Love and Velvet Sky. The cover of the calendar is only another step, not the first step. They were hinting at it before they joined forces.

– I have no idea why James Storm is struggling to take of Manik‘s mask considering he’s tied to a chair and post. Storm ended up teaming with The Great Sanada to take on Tajiri & Austin Aries in the next segment. The Great Sanada got the pin after Storm spit beer in Tajiri’s face. The gimmick may be inspired by Bray Wyatt but at least TNA is letting their odd balls win.

– I’m not sure why TNA is having Gail Kim fight Havok without her proving her dominance other than in two beat downs. Let Kim feel imperiled by Havok ripping through the Knokcouts division before throwing this match together. Havok could use the time to refine her ring skills.

– The Hardy Boyz vs Team 3D vs The Wolves was yet again another good match. I know I had read the results at some point but I have no idea what order each team won in. The Hardyz winning this one was a fifty-fifty chance. The Hardyz of course pick a ladder match for the next match up. Good way to keep the match ups fresh by having a different stipulation. For a change, the match ups are big enough to do that in TNA. – Kevin